From The Wilderness, Article Fourteen 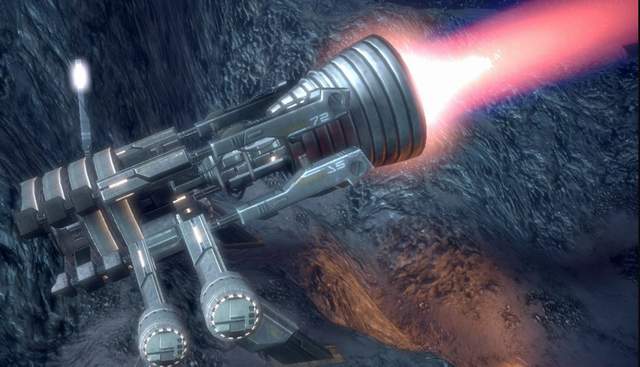 The two letters and the number that are in the title of this article describe an isotope of the helium element, the lightest of the noble gases on the periodic chart of the elements.  What is going on in space that has anything at all to do with this exotic isotope of a fairly rare but available noble gas on earth?

Helium 4 (He4) is the common form of the helium element that earthmen and women are familiar with, mostly used for deep SCUBA diving or in balloons.  Converting He3 to He4 using a fission reactor releases a huge amount of energy, without radioactivity or other emissions (other than significant heat).  What about space?  There’s almost no He3 on earth, only a very little bit in the upper atmosphere or down at the bottom of the oceans.  It’s so rare and difficult to get at that the cost of He3 is about $1400 per gram.  He4 can’t be ‘reduced’ to He3 without fusion.  Converting one of those isotopes into another would include a nuclear explosion, which is unacceptable in most circumstances.

However, there are approximately one billion, one hundred million tons of He3 laying around among the huge deposits of what’s called regolith on the moon’s surface.  He3 has collected in this loose layer of rough rock and dust over billions of years because there’s no atmosphere on the moon to either deny its ‘landing’ or burn it off prior to its landing.  With this information, one might begin to understand why Donald Trump, while in office, organized the Space Force and then called for the building of a nuclear power plant on the moon.  Not only did he want a nuclear plant, in order to use the He3 as a power source (40,000 tons of He3 would power the entire world’s energy usage for a year) but he predicted that this source of power, and the mining of it from the moon’s surface, would cause other nations on earth to go to the moon and do the same as the U.S. over time, and that would lead to military confrontation.

The prior articles submitted on this site (with respect to UFO and U.S. ‘dark’ space programs) should begin to impact your mind as you may begin to see that there’s a method to the supposed scientific exploration of the solar system that has not yet been made apparent.  This information should also help anyone understand what might be in some of the top-secret papers (and those too secret to be classified at all, because classification requires recording and therefore other people knowing what’s in the classified dossier) the FBI got ahold of in its search.  The U.S. program to go to the moon and build a base there (Artemis, the name taken from Andrew Weir’s second novel), now totally ignored with no credit to naming given by NASA), also begins to come into focus, at least the motivation.  The motivation to go to space by the people who control most of the world’s money was evidenced by the complete lack of interest and funding for space once the Apollo program was cut short and ended.  The Space Shuttle was all about defense (mostly used to put military-oriented hardware in space, although that was never truly admitted).

Currently, the U.S. has four orbiting optical and infrared telescopes, each larger and more powerful than the Hubble, but who’s going to believe that (unless it’s still online that the NRO, National Reconnaissance Organization, donated three previous models to NASA a few years back).  The moon is back in contention, with Russia, China, and even India planning to go there in the near future in one way or form or another.  The Chinese have a fully developed plan to build a base there. Now you might understand what this new race to space is all about.  It’s all about helium.