From The Wilderness, Article II 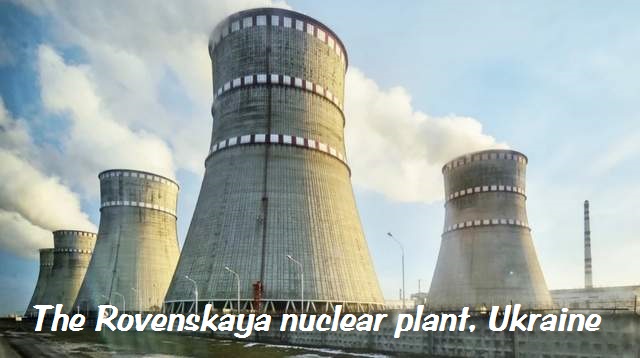 The war in Ukraine.  The war is not about Russia invading to take over one of the independent countries that left the Soviet Union…so that Putin can rebuild that fallen empire.  No, the Ukrainian war is about nuclear weapons and the power that stockpiles of these weapons give those nations having them. When Russia initially invaded Ukraine the entire world, save a very informed few, made assumptions, mostly pre-planned by Putin, to give the media and therefore most of the world, the idea that this would be a conventional conflict wherein the Ukrainians were going to be easily overthrown and the country taken by Russia.  Putin, however, knew and knows only too well just how developed, stubborn, and aggressively possessive is the population of that country.  Ukrainians are no strangers to the Russians.  The dive into mid-Ukraine by aging Russian columns of outdated poorly maintained WWII tanks and armored equipment was faint.  Very quickly Russia gave the appearance of weakness, re-orienting itself, very swiftly, to redirect its prime attacks, using newer equipment and more powerful weapons to isolate the edge of Ukraine that faces the Black Sea…a sea totally controlled by the Russian Navy.  That strip of land, called the Donbas is a narrow strip of land that runs from the Russian border of Ukraine’s northern edge (near Mariupol) all the way down to the Ukrainian border (just past Odesa) with Romania, passing Moldova along the way.

Why is the war being fought, except for occasional artillery attacks and other feints here and there in Ukraine’s main body of landmass, being so fiercely fought only in the region I am describing in this classified article?  It’s all about Romania.  Nobody’s talking about Romania at all, as it’s a NATO country.  It’s protected by the supposed, very supposed, commentary about ‘an attack on one NATO country is an attack on them all).  Note that Ukraine, when it gave up its nuclear weapons, only the second country to ever do that (the other is South Africa) did so for a sworn promise that the Russians, the Americans and Great Britain, would never allow the country to be attacked or overthrown.  That promise, in writing by treaty, was about as good as the commentary about NATO countries standing for other NATO countries.  Plus, there’s one other factor at work here, as I develop this story for you.  That factor is a negotiated ‘peace.’  A negotiated peace can have man totally secret provisions to it.  Note the ‘Unconditional Surrender’ of Japan, a treaty that in reality kept the secret of the Emperor’s continued existence and modified rule in Japan following the war.

There is something in Romania, right near the border, that the Russians want. That the Russians must have, even if getting it involves the potential of going to some sort of nuclear war.  Romania is a NATO country.  The only way that Russia can acquire what it needs in Romania, without forcing NATO to totally lose face, or have to back down from Russia because of the threat of nuclear war, is by treaty.  A treaty with secret provisions.

Mathematics plays a role here.  A nuclear weapon, to explode in a fusion reaction, must be enriched to 99.9999997 percent.  Therein is the problem of countries like Iran trying to build nuclear weapons.  It takes huge numbers of huge centrifuges to enrich this element.  The time it takes for a nuclear weapon, fully enriched to make it fusionable, degrades to not being able to explode is about ten to twenty to thirty years.

The Soviet Union used one enrichment facility to enrich its plutonium. That facility is right across the border from the edge of Ukraine down past Moldova.  That plant is the fourth largest building on earth.  The Oak Ridge facility in Tennessee is four times as large.  It takes a ton of power to run such plants, which is why Ukraine is also one of the most powerfully operating centers of nuclear power plants in the world.  A proper re-enrichment facility must have at least a thousand centrifuges running twenty-four hours a day.  Each machine is about the size of three bedroom house!  Go figure!

Russia is losing its ability to possess nuclear weapons that will still explode.  And that is the reason for this war.  Russia cannot afford to build another enrichment plant.  Remember, its entire defense budget is now less than five percent of the U.S. budget.  The Russians need that plant in Romania and they need to control the narrow strip of the Donbas in order to get their stuff back and forth without interdiction.

The war in Ukraine will end with a negotiated settlement.  Romania will be forced to give up the plant it doesn’t need, Ukraine will be rebuilt over the years by the U.S. and Europe, and Russia will be allowed to re-enrich its weapons in order to remain a player on the world’s scene.  No one outside of a very few people in Russia has any idea of just how many of Russia’s thousands of stockpiled weapons will work.  Nobody wants to find out.