From The Wilderness, Article Ninety-Two 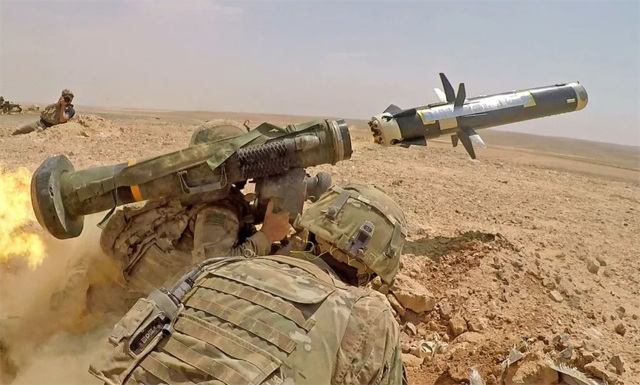 The modern combat tank used in actual combat, is an advanced derivative of the first tanks to ever be used in combat (that was in WWI in the battle of the Somme during 1916).  Tanks have evolved over time and been used in combat ever since and, until recently, have proven to be remarkably effective in raising the morale of the users and demoralizing that of those they have been used upon.  A ‘sea change’ has occurred which is likely to end the use of tanks on the battlefield forever, however.

That change has come about because of technological innovation.  The Javelin, the anti-tank weapon created by the United States, has been over ninety-five percent effective in destroying any tank it has been fired at.  It is so effective that tank commanders an crews, when knowing they face the use of it in coming combat, choose to abandon them soon to be armored coffins and flee from them (note the number of abandoned Russian tanks all over the Ukraine fields and roads).  One Javelin, with over a 95% hit and kill rate, against one tank or armored personnel carrier and the that particular part of the battle is over.  Russia has a lesser version of the Javelin but not as advanced in technology, and therefore not at advanced in killing tanks, but the Russian version is one tenth the cost of the Javelin and therefore more plentiful in the Russian inventory.  Three or four of the Russian anti-tank versions could be as effective as the Javelin.  The problem that all ground combat forces face today is in belief systems.  A tank force of huge size and speed, uncaring about losses, could overwhelm a force of very well armed ground forces with modern anti-tank weaponry, however the cost in tank crew deaths, and worse, would be unacceptable to almost anyone.

The Javelin has been extremely successful against Soviet era tanks, which are the ones that Russia has taken out of inventory to provide to ground combat commanders in the Ukraine conflict.  They would be just as effective against the most modern of tanks, however, as they strike the tank by jumping up over them and then plunging down to explode their thermos-baric warheads on the very thinnest armor the tank has.  Even against flat facing armor of the most modern kind, like that found on most surfaces of the U.S. Abrams M1A2 tanks, the Javelin’s warhead is able to penetrate through thirty inches. The Abrams, nor do other high tech new tanks have thirty inches of effective armor anywhere covering their inner surfaces.  The American, German and British tanks, the best in the world all have less than five inches on their top surfaces.  A Javelin striking any one of them would produce what is called ‘human ketchup.’  That’s the effect the contained crew of a tank struck by one of these new anti-tank weapons.  Barring some spy/counter-spy counter technology, the tank as a combat attack weapon is just about finished unless used to attack or defend from one of the military or civilian forces in the world that lack advanced anti-tank weapons.