From The Wilderness, Article One 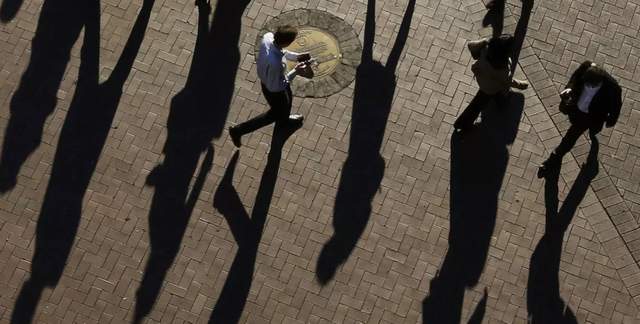 Have you noticed the real foundational problem so well illustrated by the current political environment in the United States? The problem is not really about bad leadership. That’s the result of the underlying problem. The underlying foundational problem is a system that is set up to deny entry to anyone not deemed to be already part of the ‘fabric’ pre-selected to be in line to serve in leadership roles. If you have not noticed the dominance of old white men as the only real prime candidates then you have not been paying attention at all.

Trump is how old and lily white? Biden is how old and lily white. The average age of a serving Congressman is 60 and lily white. The average age of senators is 65 and lily white. Where are the young people? They are left out, selected away from, pushed down, or simply ignored. They don’t get to run, speak or decide anything for the nation. How are we, as a nation, going to change this? Is there any wonder that the decisions being made are as old as the people making them? We all harken back to the way things were when we were young, very conveniently reforming those memories to make it seem that those earlier times were filled with pleasure, wonder, and such innocence…when they most definitely were not…for the most part. The old leaders harken back too and hence they lose the ability to move into a brighter future…and drag us along with them.

Secondary to the problem of all the leadership slots already being filled by old men (in general) is the motivational problem that’s being ‘beaten into’ the younger members of upcoming generations.  That problem is glaring, in that younger people look at the current positions of ‘service’ and turn away.  They won’t even try. How can the younger people be re-motivated to go at it again?

There were once young democrat and young republican movements that were filled with surging numbers of younger people seeking leadership positions.  Those organizations still exist but, like the VFW, American Legion, Masonic Order, and even the Order of Elks, these are no longer attended by or even affected by younger members.  There has to be a way to reinvigorate younger members of the culture to at least try to run for office.  The system cannot remain closed to them or they will become closed to the system and that eventually spells death for that system.

The USA has birth rate problems, as does China.  Couples do not want to bring children into our world anymore.  Some of that is a product of negative media (and almost all mass media feeds off of negative news and stories) but some of that motivation is also caused by a sense of futility.  That same futility has infected today’s youth, with respect to seeking leadership positions.

The only answer might appear to be schooling.  How do we affect the curriculum in all schools at every level with an enthusiasm for committing students to pursue leadership positions? That is, indeed, what all of us must pursue, instituting that kind of motivational training into our youth, if we want to survive.