From The Wilderness, Article Seventy-Five 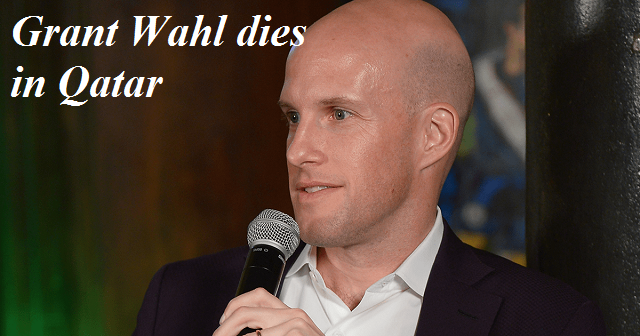 Another rich Arab country, Qatar, consults with public relations firms in Europe and New York to take over the championship play for worldwide soccer.  Like the Saudi’s are trying to buy their way into respectability by opening up a separate form of the PGA in the USA.  Why do these countries feel they have to purchase their way to respectability?  Because they are simply awful, painful, punishing, unfair cultures wherein almost all practices anyone is involved with inside those countries are anathema to what western culture consider the least bit acceptable.  This article would not be written unless the infamously gay game announcer, Grant Wahl, died in Qatar right after getting ready to announce a world cup game.

The punishment for being gay, openly, or being caught having engaged in homosexual activity of any kind, male or female is seven years in prison.  That’s under the twin punishment towers of the country’s bifurcated legal codes and system.  Layered over, or under, the legal system is Sharia law, which has separate courts, practices and punishments.  The maximum punishment for willful gay engagement in those courts is, of course, death.

The Qatar government, prior to securing the contract to hold and build for the playing of the world soccer championships, submitted a proposal that would have forced all athletes, and others attending, to go through a physical exam that was all but guaranteed to reveal whether a subject was gay or not.  Unfortunately, the details of how such an examination would reveal anything at all about sexual preference were never published or this article might be different, and better founded in humor.  Fortunately, for the country of Qatar, this requirement was dropped before final consideration was made and the contract awarded to Qatar.  Whether that was, or remains, fortunate for the rest of the world is in doubt and probably will remain so for some time to come.

The United States and most western countries, support the overwhelming lack of integrity, honor and rotten selfishness that allows a few families to declare themselves royalty and then steal all the country’s assets and income.  On top of that, each of those countries worldwide, also apply onerous and deadly punishments to those the family leaders don’t care for or who protest and don’t agree with them.  Iran is another country executing those who don’t go along with the leadership rules.

What happened to this announcer?  How is anyone ever going to know since the official handling of the case and his body will be totally under the control of the Qatar officials.  Grant walked into that hugely expensive stadium wearing a gay costume with a rainbow shirt.  Greg, very shortly later, dropped dead at age 49.  Coincidence, some might say, unless we start to look back at what happened to Khashoggi when he stepped into a Saudi embassy abroad.  He got hacked to little pieces and the hackers walked away clean and the prince in Saudi that sent them didn’t even get a slap on the hand or a letter in his file.

He was instead, awarded immunity because, after the fact, his father made him some sort of diplomatically immune person…which the government of the USA instantly accepted, as did those of the other major western countries.  The USA is the most powerful country on the planet by a factor of four or five, and that’s just when it is stacked up against the number two power that China has.  The Gross Domestic Product of Saudi Arabia, Iran and Qatar added together makes up one 23rd of the that of the United States.

These puny rotten countries are allowed to conduct themselves any way a very few controlling and downright evil humans force them to be.

Has the USA and the European nations abdicated it’s integrity by choice or stupidity?  Which one would be worse?  And are not these supporting and hugely wealthy nations not worse than the very nasty cultures being supported and allowed to do whatever they want?

What happened to that wonderful announcer is likely never to be known, as if Qatar doesn’t find out and publish, and it won’t, then the U.S. mass media, if getting the real story would never publish.