From The Wilderness, Article Seventy-Four 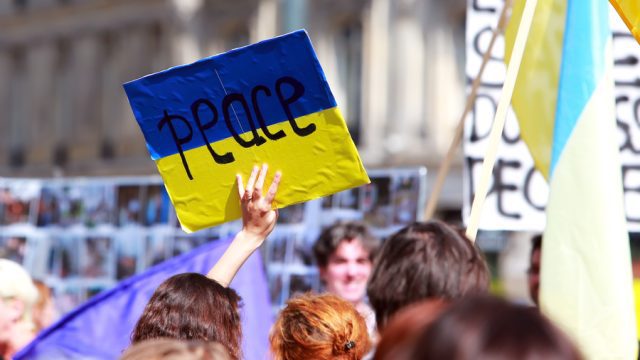 The grinding cold winter and the even more grinding process of trying to bring a settlement to the most challenging war across all the countries of the earth moves toward settlement.  The developing settlement is only hinted at however, with the hints close, distant but persistently there while winter and what have become ‘routine’ artillery and missile strikes abound in the southern and eastern sections still contentious in bringing unacceptable but very vital peace to the area, the continent and the rest of the world.

Russia continues to saber rattle, the spokesman this time some unpronounceable named general instead of Putin, about how Russia is prepared to use nuclear weapons at any time if the conflict is not resolved to Russia’s interests.  Meanwhile, Putin speaks to the international media with his new open attitude toward negotiating a peace while his forces continue to hit the energy infrastructure in Ukraine to wear its citizens down.  France and Germany are being set up to pay for the rebuilding of the Donbas, former chancellor Merkel going to far as to give a speech, right after Putin’s, that France and Germany have been negotiating and supplying the Ukrainians to ‘fortify themselves’ from Russian invasion and incursion since 2014 and rebuilding the Donbas region, as well as reparations to the Ukrainian people is not out of the question.

The wild card in the whole coming negotiated peace that will eventually prevail is Volodymyr Zelensky.  Nothing comes from the Z leader of Ukraine with respect to settlement of any kind.  Biden and the U.S. make the trade, finally, for the giant soccer star leaving the bad conduct discharged former Marine to wither away because this world grabbing news event works to block the direction of media pursuit to find out about the negotiation process.  These hostages all rise to huge fame and fortune, flown around on U.S. ‘private’ jets, given U.S. military medical support without limit and star status when back in the country.  That part of the negotiated peace is a page pulled from the Donald Trump book.  If you can’t baffle them with your bullshit then dazzle them with your footwork is an old Marine Corps expression, and it works.

The U.S. defense budget was set to around a trillion dollars, well over what the current administration asked for, sending another message to Russia that it better go along because its own defense budget is puny in comparison and its supply of war materials dwindling with no resupply or redevelopment in sight.

The mass media digests the Griner return, wails about the seeming lack of activity with respect to the other guy and waits into and through the Christmas season.  Zelensky holds back, knowing full well that the very best negotiating tool at his disposal is to do just that.  Nothing can be fixed, settled or rebuilt without his participation and he knows that.  The forces involved, meanwhile, must brush block the formation of the coalition it will take to end the Ukrainian affair, allow the Russians to rebuild their nuclear arsenal through arcane and quiet passage through the Donbas, expand NATO to prevent what happened with Ukraine from happening again, and bring a certain calm to the entire continent.

The silently looming problem of helping rearm Russia with nuclear weapons will be kicked on into the future which is not uncommon in the exercise and application of international politics.  The wounds inflicted by Saudi Arabia are forgiven and one day soon to be forgotten.  It’s not about ethics out there, or inside the USA, it’s about the money, power and how the sharing of power is implemented.  Griner’s possession of drugs, admitted by her, are ignored as causal of nothing, just as Whelan’s bad conduct discharge is ignored and he’s only referred to as a ‘former Marine.’  It’s not about that.  These people get wondrous welcomes home, much much greater than any returning war veteran, no matter how decorated or battered because it’s not about that.

The birthrate in the U.S. continues to descend, meanwhile, with the latest report coming out to no notice whatsoever.  That decline in birthrate (1.6 babies for every couple) cannot maintain the population and is much bigger danger to the country’s survival than even global warming.  Without immigration the country is not sustainable as such withing only another generation, yet immigration is continually attacked on all sides.

Ukraine is a modest player on the ‘RISK’ board game of world power and domination, but it’s all about the appearances out here, not the reality.