From The Wilderness, Article Seventy-Three 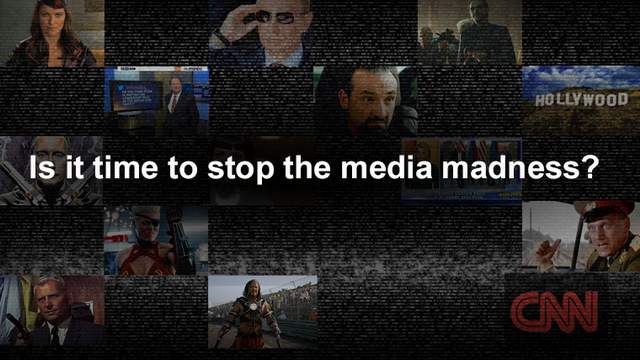 The new show called Harry and Meghan, the former prince and whatever she really was in the British Royal family, is not really about how screwed up the Royal family really is (it really is) but about how that fault cannot be laid at the feed of the Royal family and certainly not at the feet of the beloved Harry and Meghan.  It’s the fault of the Mass Media, not the televised or movie mass media, because, after all, it’s the televised and movie mass media making the series!

Is this analysis a correct one, and if it is, then how does this play out across the world as almost everyone on the planet is near totally dependent upon the mass media for having any idea of what’s really going on (as portrayed through the filters of that mass media, of course)?  It is not secret that the London tabloids have had an effect that cannot be minimized at all, as the mass media of old has been rapidly converted from a reporting of events, while trying to keep opinion and overstatement out of the reporting, to the ‘reporting’ about events that have been converted into entertainment.  Nobody is a stranger to the ‘murder effect’ almost every television station in America uses to suck viewers into the show at the very start of the show for every news presentation.  The proof of that will be on your very own television when the six o’clock news comes around on the day you read this article, or really on any day during this one or after.

Rupert Murdoch is credited with transforming the London tabloid ‘style’ of reporting and presenting across the world, not stopping at newspaper coverage but penetrating every aspect of the presentation of news in television, movie and even Internet genres.  The Harry and Meghan series merely pulls the cover off of how shattering, paralyzing and hurtful this form of acceptance to the change, from reporting of events directly and honestly, to allowing reality to be reshaped for entertainment purposes.  There is no question about the damage this transformation has caused, but not to Mr. Murdoch or his family, and that’s what real life is all about.

Through this new medium of supposed news, the public has been able to watch the terrific success of person after person in telling the most outrageous of lies, irrespective of party affiliation in politics or placement of famous position and making fortunes for themselves and the people close to them.  That success cannot be denied, and it should never be overlooked.  “All politics it personal” is a very revealing, selfish and deeply sociobiologically derived expression of that.  The local part comes right down to the individual.  All life is about me, me personally, and you, you personally.  The rest is window dressing or outside reality to be controlled and harnessed to satisfy personal politics, success and survival.  This is a very competitive world.  Mr. Murdoch, and everyone around him, have no regrets.  If he has regrets, he probably only has them secretly while standing on the fantail of one of his 300-foot yachts or tens of millions of dollars chateaus.

Meanwhile, the identification of the problem needs no more discussion.  We all know about the destruction, and that we have a sufficiency of schadenfreude (scha·den·freu·de – pleasure derived by someone from another person’s misfortune) in us, we enjoy some of it.  But what of the future and what of the fact that without facts then hugely catastrophic decisions can be made.  An Asian billionaire, for example is paying to send a whole bunch of people to the moon when former richest person and great genius of the world, Elon Musk (currently serving a sentence after becoming little more than an Internet troll) allows his private monster rocket to be used for such self-serving reasons. What’s wrong with that?  This example illustrates what can happen, but has not happened yet, if you ignore the facts easily available everywhere but not paid attention to because they are not ‘entertaining’ for the moment.

What’s the problem?  All of these people, now that the giant rocket can carry fifty or so passengers, stand a really good chance of being blown to smithereens or to be stranded out there in space or on the moon to die of dehydration or lack of oxygen.  Space travel is extremely hazardous, it’s not like commercial air travel.  Maybe space travel will one day be that safe, but it isn’t yet.

The new mass media is driving everyone toward a distant but nearly invisible cliff.  What can be done to stop it?  It doesn’t seem right now that there is anything that can stop it.  The truth has become something that people only tell now about other people.  The facts have become changeable for convenience or entertainment with ‘alternative facts’ even part of the acceptable American lexicon. Everyone, and I mean everyone, needs to start considering what to do to prevent everyone going on Xanax until they decide that maybe arsenic is a better form of anti-depressant.