From The Wilderness, Article Sixty-Eight 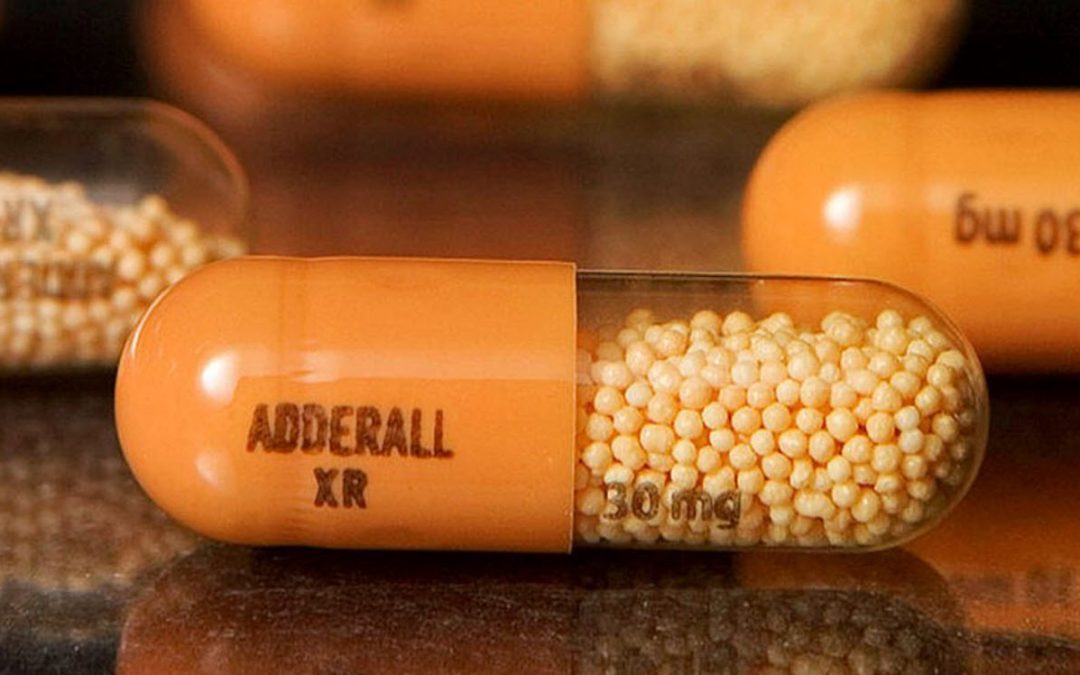 Adderall is a drug commonly prescribed today to treat ADHD, better known as Attention Deficit Disorder. The drug is widely used to treat this disorder to the effect that fully ten percent of America’s population is using it.  Adderall is nothing more or less than a lower dosage of amphetamine, a performance enhancing drug very popularly used by the Germans in WWII after it was discovered in 1937.  Adderall is described this way by noted drug analysis and investigative authorities: “Adderall is generally well tolerated and effective in treating symptoms of ADHD and narcolepsy. At therapeutic doses, Adderall causes emotional and cognitive effects such as euphoria, change in sex drive, increased wakefulness, and improved cognitive control. At these doses, it induces physical effects such as a faster reaction time, fatigue resistance, and increased muscle strength. In contrast, much larger doses of Adderall can impair cognitive control, cause rapid muscle breakdown, provoke panic attacks, or induce a psychosis (e.g., paranoia, delusions, hallucinations).”

Elon Musk admits to taking this drug and his intake of it has obviously increased. The Germans who took their version of amphetamine grew paranoid and murderous, the longer they took it. The effects of this drugs inducement to damaging and destructive behavior were not studied and exposed for years.  Would the holocaust even have occurred throughout the regions of German’s control during WWII without this drug?  The conclusion to this result remains unknown, but the German’s reaction to committing the heinous inhuman cats of killing most of the Jews of the time would seem to indicate that the German reaction to this overdosing of amphetamines had something to do with it.

The jury is out about how much Adderall Elon is taking, but as the supposed, but unlikely ‘world’s richest man’ there is no question that this man has the power to get whatever drugs he deems necessary to make him what he needs to be to run the world he’s created.  It becomes evident, by observation alone, that Elon is taking far more of this drug than he used to.  Over the last six months his behavior has become unpredictable and abhorrent to most people being given public information to be evaluated.

Elon was once, very recently, a nice guy.  A man who would spend time on the phone with regular people.  I used to talk to him, or rather, be talked to by him on the telephone regularly only a bit over a year ago.  No more.  This guy’s results cannot be argued with or denied.  His new semi-truck replacements for 18nwheelers hit the road on this day.  PepsiCo is buying the trucks and already using them to deliver goods.  The trucks are totally silent, have a range of 500 miles and are faster and more powerful than diesel powered vehicles currently used.

Elon’s genius is not questioned here.  The man’s genius cannot be questioned, in light of those operations and inventions he’s created and managed up to this point.  What can be questioned? Elon’s mental descent into that of a rather childish babbling idiot is what the public is left with and attempting to accommodate.  Hitler went crazy taking huge doses of meth, and so did many of his counselors, generals and even pilots and sub commanders.  The effects of long-term high dosage amphetamine intake were not known at the time.  As with the use of all opiates over time, each new opiate variant has been introduced as not being addictive.  How’s that worked for society.

Opiates are now very difficult to obtain, even for those in great pain.  But that’s not true about Adderall.  This form of crystal meth is prescribed all over the place, and the effects of longer term over-dosed usage are becoming well known.  Elon Musk is on Adderall, and he’s acting just like the complete drug-induced members of the Nazi staff when they concluded that the ‘final solution’ was needed to take care of the Jewish problem.  Elon Musk is acting like he’s a cartoon character in some Hollywood cartoon.  How does the public reach in to Elon and take away his drugs?  ‘Reaching in didn’t work with Elvis or even Michael Jackson.  How can it possibly work with Elon Musk, a man much more powerful than either of those two other individuals?