From The Wilderness, Article Sixty-Nine 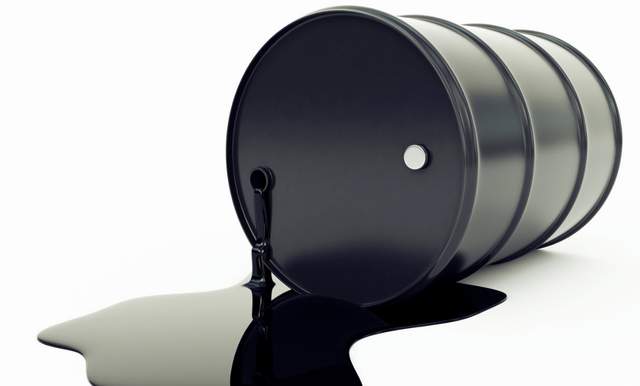 The much-accepted nonsense published by the mass media, fed to that media by supposed experts and scientists of the time (the nineties and early two thousand) held for years that the world was fast depleting its supply of oil and would totally run out by sometime in 2012.  The story of the country’s getting those messages through the mass media caused untold misery for so many Americans, if for no other reason than mental anguish.  Those stories, supported by many books and lectures by supposed experts created a near mass hysteria around the world, yet the facts disputing these predictions were available to almost everyone who had a computer and was connected to the Internet.  The U.S., for example, uses about 7 billion gallons of oil per year, and the U.S. is far and away the biggest consumer, followed by the European Union at around 5 billion and China at 3 billion.

The reserves of oil under just two countries, these facts available back then as they are now, comes in at well over half a trillion barrels.  There are plenty of other countries with large reserves, like Canada, the U.S. Iraq, Iran, Russia and more. Do the math. There was no shortage of oil, except shortage deliberately caused by the countries having the oil reserves and producing the necessary barrels.  There has been no oil shortage, and in fact, there is a glut of oil on the marketplace as winter comes on, although, once again, and totally illogically, the war between Ukraine and Russia caused this same mass media to fall prey to ‘Peak Oilers’ once again.

Somehow, no matter what the idiotic argument was based upon, the world’s oil was drying up as Russia and Ukraine went at it.  Gasoline prices skyrocketed to new all-time highs (in Wisconsin to prices over five dollars).  Today, as elections are past and sanity has returned, prices of gasoline are again under three dollars a gallon in some places.  There is no talk in the mass media whatsoever about how they, and the nation by and with them, were taken in.  The people who provide this kind of information are allowed to keep the fortunes they make spewing out such crap and allowed to retreat to lay in wait until the next foolish outrage can be trotted out.

One of the earliest indications of what was to come, when the stunning effect of mass media story telling was as yet unknown, was the War of the Worlds radio show put out by Orson Wells.  The Martians were coming, and, in fact, as told by Wells to hundreds of thousands of listeners, the Martians had already landed and were destroying everything and killing everyone on sight.   Even with several disclaimers, thrown into the show like advertisements, the public didn’t catch on and many people packed up families and fled off to rural, and supposedly safer, locations. Orson was verbally chastised for scaring half the nation to death, but in reality, he went on to become a hugely successful movie star in Hollywood.

Today, the country has the Alex Jones types, who’ve made billions telling totally made-up conspiracy garbage to the public, the mass media being mostly avoided in his effort because podcasting and the Internet social media sites have become such great voices for almost everyone, no matter how destructive or predatory their created stories may be.  Do not forget, Alex has made billions of dollars doing this and so did Orson Wells.  As long as the nation cannot somehow manage the content of presentation the worst enemy this country has ever faced has nothing to do with the military or force of arms.  The new broadcast media, as the still developing older media, is quite literally killing us, and it is doing so without meaning or wanting to.

Elon Must, who I have been writing about in a few of my articles, does not seem to be mean-spirited or conducting himself with a core of pure evil.  He’s been shouting all through his brilliant rise and development that artificial intelligence must be harnessed and controlled or it will kill us all, yet his real intelligence, proven time and again, is heading the nation and the world toward the same bitter failing end he’s been warning everyone about.  Lying to anyone or even the public in general has been protected by the1st Amendment to the U.S. Constitution.  There’s no question that most American’s love that amendment. But what about the result when we all have to begin to consider that facts are no longer available as facts anymore?  The ramifications of that kind of eventuality, which we are fast approaching in the western world, are shuddering to think about.  Elon is proving one thing for certain by his recent conduct with Twitter.  He purports to believe in the totally free exchange of any kind of communication on his newly purchased site, except communication that has anything to do with saying negative things about him.  Those voices are silenced and the people making them banned. That’s the kind of behavior all of us must consider accepting or striving to overthrow as we face into this blizzard of deliberately distorted data rushing at us like a giant killing but nearly invisible tsunami.

Weigh In with Your Thoughts