From The Wilderness, Article Sixty-One 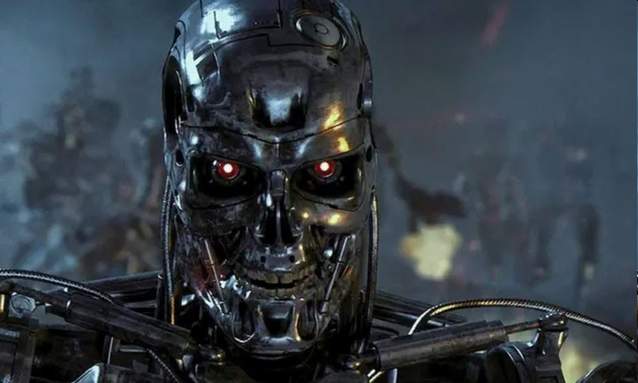 The first incident wherein what was considered to be normal competition, competition that not only the builders and inventers were engaged with but the public for the consumption of their products, was in the area of desktop, laptop and even more portable computers.  Years ago, computers were comparatively glacial in speed, not only of main memory but also of what is called random access memory.  Each year, or so, faster computers were brought to market and the public would acknowledge the advance by junking the old equipment and software and buying new stuff.  Eventually, the competition for speed ended as today almost all computers of every kind are so fast that the speeds are no longer even advertised.

A similar thing happened with automobiles.  When I was younger there were rafts of automotive magazines all comparing the annual production and change of all models of automobiles.  Most of the material about them, other than appearance, was in the area of performance. Zero to sixty and quarter mile times became vitally important parts of the consideration of what kind of vehicle to purchase. Each year the cars and trucks became faster and faster, and started to look more alike as aerodynamics began to also play a vital role.  Then along came electric vehicles, all so blindingly and silent fast that the competition was over, and aerodynamics of the vehicles of today make them all look alike.  The automotive magazines are almost all gone now, as is most of drag racing either on the street (like I used to know it all the time) and on the tracks.

The same phenomenon as occurred in computers and automotive products is occurring silently and without discussion when it comes to non-nuclear weaponry.  There is no longer a race to build more and better nuclear devices…and no real need, as once a country has them they are pretty much impregnable to attack, and that’s from the threat of nuclear weapons alone.  What has happened, however, and running in parallel to the lack of continuing nuclear weaponry research and development is the research and development of non-nuclear or conventional weapons.

The world, particularly led by the United States, is heading toward the development of conventional weapons, which are tacitly allowed to be used, even between nuclear powers, that will reach a point, as they are reaching today, of being able to almost totally decimate opponents, but do so in such a way as to not only use nuclear weapons but kill and destroy in such a manner so as to prevent the use of the opponent’s nuclear arsenal.   Pinpoint accuracy and longer range weapons that operate without the need to expose and lose personnel (another part of combat that is not truly acceptable to an attacker, or defender for that matter) become ever more the case.  The development and fielding of black project weapons are also in the offing.  Those weapons being ever larger and more accurate, and the finally fielded effects of anti-gravity, extreme power lasers, electromagnetic cannons and guns, and more are about to become part of what has come to be considered ‘acceptable’ war fighting weapons and techniques.

The Ukraine War is an excellent example of the creeping use of advancing weaponry up to the point of not disturbing the sleeping giant of nuclear response.  This improvement in conventional armament comes along with pushing the boundaries of why it is seemingly okay to use conventional weapons but not nuclear, and is the public and political view of such things going to change when the coming conventional supplies hit the field and entire swaths of the public, military and civilian are wiped out with relative impunity?

The world must wait and see.  Computer speed competition results, and automotive performance comparison results cannot directly be used as true indicators of how the modern development of ever more lethal weaponry will proceed to similar conclusions.  Once conventional munitions can also kill the entire world’s population, or a good portion, will they be as socially banned as nuclear weapons?  The computer competitions all but ended, as did the automotive, but the computers and vehicles that spawned them are every present in every form in every bit of developed civilization.  Will this same result come to be what is to exist on into the future for all of humanity.  These new weapons are being groomed and designed to kill, driven by imperfect software put together by imperfect software engineers.  They are already being used to kill with relative impunity.  Anti-radar and counter-battery fire missiles and guns react automatically to kill the area from which these emissions or rounds are fired from.

Whatever humans that may be around their area of impact are killed without any human making any decision, except beforehand in the design of the weapons.  What have we spawned and what are we, the developer’s supposed leaders, and those they should be responsible to, going to do about it?