From The Wilderness, Article Sixty-Seven 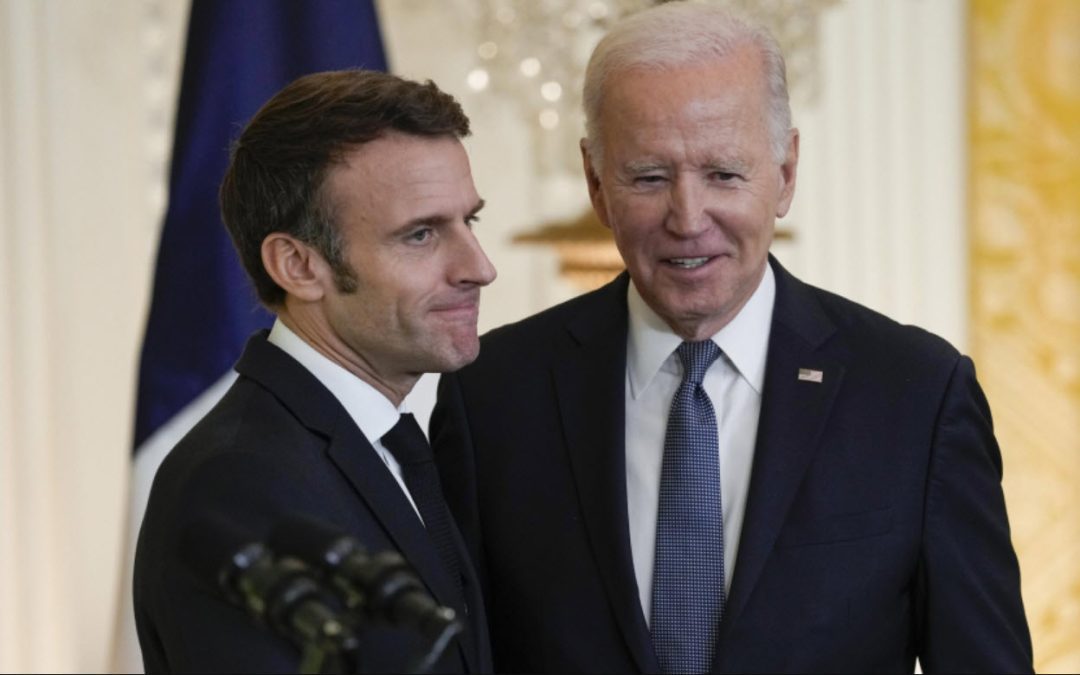 As predicted earlier, going all the way to the start of this newsreel effort and after my laying out the real reason the conflict was initiated by Putin, the forces that must be brought together are gathering around the world. The Secretary of State of the United States met with NATO leaders in Bucharest earlier this week.  Biden did not attend.  Up to this meeting Putin had refused to negotiate unless Ukraine surrendered.  Up to this meeting Biden had refused to negotiate with Putin unless Russia withdrew from all Ukrainian territory it occupied.  The end of the week, Friday, the 2nd of December, dawns.  Macron, the Premier of France and Biden, the President of the United State met in Washington on Thursday night for this administration’s first state dinner since the president took office two years ago.  This morning Putin indicated that he would negotiate.   This morning Biden indicated that he would negotiate.  NATO also appears ready.  What Romania was able to get out of this coming deal remains unknown, but yesterday the New York Times ran a revealing article about how Romania may be the west’s best friend of all time even though the president of that nation has veered in a direction that appears to support the fact that Romania is Europe’s greatest anti-vaccine country (less than 40% vaccinated) and is veering toward supporting part of the political apparatus of the parliamentary powers that is characterized by being violently far right in beliefs about democracy.

The only player that nobody’s heard from in this under the table series of Ukraine war negotiations is Ukraine.  The fiery leader of Ukraine has been totally silent while all this has been going on around him, which is uncommon, to say the least.  It appears rather obvious that The United States, Russia, Romania, NATO and everyone else but Ukraine (all quiet there) has gotten what was needed to at least bring them all to the table.  Winter is here and it could be a really tough one for Ukraine and Russia.  Russia has spent billions in pursuing this war and lost a lot of people.  Ukraine has been shattered, its infrastructure torn apart to the extent where the tens of thousands (so far) lost in the war could be a small fraction of how many could die from being exposed to the elements of a tough Ukrainian winter without gas, oil and/or electricity.

The most surprising thing about the coming negotiations is that the secrecy of the whole process has been so successfully maintained.  The mass media, in being organized these days with almost no field personnel on site and penetrating these meetings and conferences, has been either unwilling or unable to print or talk about the foundations of what all the players must have to end this conflict.  Note that the sword rattling talk by Putin of launching nuclear weapons has completely disappeared.  Ukraine has also quietly stopped attacking into Russian held positions (the recently recovered city of Kherson was abandoned by Russia, not reconquered by the Ukrainians).  NATO membership sought by Finland and Sweden, not to mention applications from Bosnia, Kosovo, Herzegovina and Georgia and quietly going nowhere.  They will go nowhere until the accords with respect to ending the Ukraine/Russia war are signed and the payoffs to all concerned are well underway in being accomplished.

Is Ukraine a wildcard in all of this, or have its wants and needs already been decided and agreed upon.  How much money is it going to take to rebuild Ukraine and who’s going to pay it?  How is the passage or corridor the Russians need to get back and forth to the nuclear re-enrichment plant in Romania going to arranged? Ukraine has nothing. Who’s going to pay to get that plant back online so the Russians can continue to be a country with significant nuclear weapons possession and capability?  Russia has nothing. How’s the virtual possession of the Black Sea and the Ukrainian coastal ownership on it going to be modified?

Finally, how’s the whole affair going to be kept secret and a storyline developed that is both believable and acceptable to the media.  The media is possibly the last entity or series of entities that have to brought into the final portion of the eventual settlement negotiations.  They have to be convinced or paid off to keep the reality under wraps until, well, everyone involved dies (like with the Kennedy assassinations and 9/11).