From The Wilderness, Article Sixty-Six 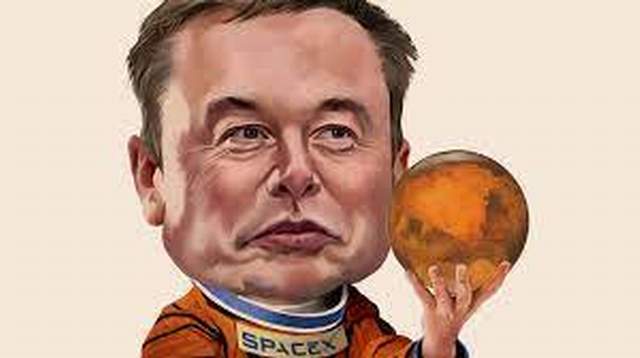 Elon Musk is beginning to appear to be an unstable genius and, in controlling some of the areas of the American and even world culture, a truly dangerous unstable genius.  This man basically owns and runs the world’s largest manufacturer of electric vehicles, which are unarguably the future of vehicular ground transportation.  He basically owns and runs fully half of the U.S. space program that’s dedicated to reaching the moon, putting as base there and then going on to Mars.  This man is building a system called Starlink which will, no doubt, eventually take over all cell phone and Wi-Fi communications worldwide.  He already has a cloud of over three thousand satellites up above us and putting up more every day.  This man has purchased and is now running the largest Internet Social Media site outside of Facebook. Elon has created and grown a neurological company that just received FDA approval to experimentally put electronic equipment inside human brains to operate machinery with the mind, and also to give blind people sight and finally fix humans who’ve lost control of their lower bodies because of nerve damage.  This man owns the rights to all of the world’s current mining supplies of quality lithium.  Other competitors for this vital element for making lightweight and powerful batteries must buy the lower grade ore which means they must bear much higher costs to build batteries that can compete with Tesla.  He also owns a company that is installing huge batteries in homes and garages around the world, that charge up so they can operate a business or residence for days or longer if the power is either turned off or goes out.

Can you put this collection of genius inventions together and then come to a conclusion that began to occur to me a year ago, the first time I felt the unstable genius might become something of a danger to almost everyone on the planet?  Early on, Elon got most of his hundreds in millions in financing, almost interest free, to build SpaceX and Tesla, from the United States Government.  He doesn’t deny this but never mentions that his new lean toward a seemingly cold-hearted ‘freedom’ and openness comes from a background of near total generosity, leniency and good will.  Elon Musk is the product of a process he now refers to as socialism.  If is vital that American’s study and watch this man very closely, just as it is vital that America’s leaders, in both parties, begin to reflect on the enormous power and damage that this single man is being allowed, and is gladly taking.  All of what Elon has done has been based upon a body of public support that has looked upon him as a savior, an angel from the Lord and more.

There is risk here and it is the kind of risk that much be considered and acted upon while it is developing, not later, when it may be too late.  The rule of single humans has proven to be that the culture where it takes over, over time, becomes doomed to failure, in spite of great technological gains and enormous adoration of fawning public supporters.  President Biden caught a glimmer of this when he stepped up to throw his full support to electric vehicle producers who were not Tesla or Musk-related. Is Biden really getting it?  That move caused Elon to explode in anger.  There remains available on the Internet a segment of the Twilight Zone series called “It’s a good life – you’re a bad man.”  Watch it.  A young boy has tremendous mental powers which he begins to use to help everyone until he changes, and becomes the most powerful dictator and evil killing force anyone might imagine.  That Rod Serling creation was intended to illustrate what total power can do to one human and then the other humans around him.

The instability becoming evident in Elon Musk’s recent behavior, along with his newfound power to reach many millions of people in an instant, is beginning to look like what a one-page summary of that old Twilight Zone might be roughed out to be.  These new technological and communication times are as wonderful, helpful and enjoyable to experience but they are also filled with land mines, bear traps and sharpened stake pits.  We all must what this developing situation very closely.