From The Wilderness, Article Thirteen 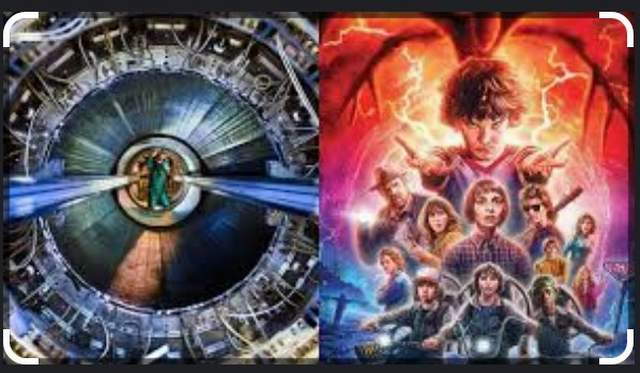 The accelerator/collider/decelerator complex built by CERN (European Organization for Nuclear Research) in Europe over the course of many years and billions of dollars has run into a blizzard of miserable anti-science wing-nut idiots.  The experiments performed by the complex have delivered on such things as discovering the Higgs Boson, the smallest particle in the universe, the results of which have changed physical theory as we know it.  Humans may finally understand such things as electricity and how it really works to transmit energy over long distances (no, we don’t really know yet how all that truly works), how gravity functions (we thought we knew how that worked but CERN changed all that too), and finally, how revelations of scientifically discovered phenomenon can ignite the lower elements of a veritable sea of ignorant humans to oppose and shut down such research.

CERN was basically shut down in 2018 by a number of things, none of them truthfully responded to.  Scientists live with human fear, just like everyone else.  When certain religious and non-religious movements came together and decided that the experiments CERN was performing on their many billion-dollar machines were about to destroy the universe, the scientists got scared after being threatened. Later, near the end of his life, even Stephen Hawking cautioned that CERN might destroy everything.  How the experiments the physicists there were going to accomplish that destruction, he never laid out before he passed out of, or deeper into, this universe we all currently inhabit.  Elon Musk piped in to share Hawking’s weirdly stated fears.  Support by notables like these basically killed off the experiments until a few months ago when CERN came back online.

One other discomforting discovery also screwed up the works.  The physicists accelerated a bunch of Neutrinos up to the speed of light, whizzing them around the huge ‘large’ collider at near the speed of light, or so they thought.  The neutrinos, spunky little bits of matter that go through almost everything all the time (the universe is literally ‘raining’ neutrinos around, by, and through us every bit of every day of our existence), didn’t reach the speed of light…no, they exceeded it.  The experiments were repeated after all the equipment was checked.  Same result.  The whole thing was redone again after the site was shut down for a more intensive examination.

Meanwhile, on the public front, information about the results was being broadcast around the world.  Front page of the New York Times for several additions.  A great hue and cry went up. Even though the results, if proven to be true would explain such physics-changing theories about such things as simultaneity and quantum entanglement (which basically, to this day, and without the CERN results, are simply set aside from normal physical theory as anomalies) the results were grabbed by the certain religious orders and movements (mostly Christian in origin and expression) and used to confirm that CERN was an exercise in futility, uncertainty, and downright idiocy.

In 2018 CERN physicists decided to no longer perform more neutrino tests, instead choosing to shut the entire facility down to ‘retool’ and rebuild it to get better results.  The facility stayed shut down for four years, until a few months ago. The faster-than-light results were deemed to be in error because of equipment malfunctions.  There has been no more talk of such things since the initial news reports surfaced to great attention.  News and results of the Higgs Boson discovery and what that means to science also went away, as well as everything else that could be considered to be in any way controversial.

The world’s scientific community went mute, just like it did in Galileo’s time, when early use of the newly invented telescope proved beyond the shadow of a doubt, that the earth and other planets revolved around the sun, and not vice-versa.  Today, in the news, as this article is published, CERN has announced that the complex uses too much electricity, what with the Russians shutting down the big gas line to all of Europe.  The Ukrainian war is being used as a scapegoat.  CERN will again go silent, on into a more explainable future.

The men and women working to learn more for all of humanity will retreat, allowing them to survive comfortably in a series of adjacent societies that refuse to allow change.  The humans of today survive in comfort, at the expense of the humans coming in the future to replace them.  In other words, everything is normal, as it has been through all of the histories of our uncommon and apparently very rare species development.