From the Wilderness, Article Thirty-Eight 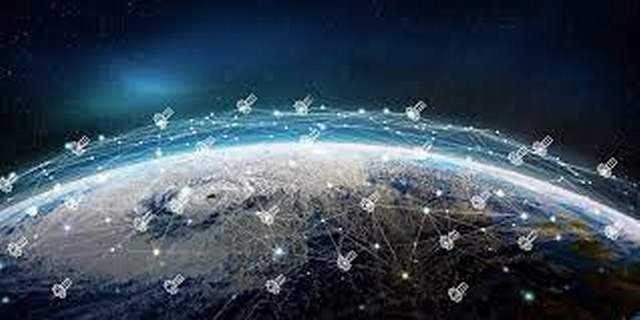 THE HI-TECH SIDE OF WAR

A recent near controversy generated by a Tweet that went viral from Elon Musk, the reading and listening world might have missed the fact that some new electronic system, in this case Starlink, might have a vital role in controlling and directing the course of a full-blown war.  In this case, the war is, of course, the continuing conflict in the Ukraine between the Russians, the supposed-Russians and the Ukrainians.

Smart weapons (those that are able to be launched that can be either controlled or pre-determined to strike pinpoint targets instead of general target areas, and the use of drones to strike deep into ‘enemy’ territory have changed the face of war as the world has come to know it. But a quieter and less known weapon is the establishment and use of space and satellite platforms to regulate the electronic action on the ground. GPS, the United States invention of the global positioning satellite system (quickly followed by Russian, Chinese and European versions), is well known by just about every person on earth.  Its use by Google maps, MapQuest, and even cell phone positioning and placement has become near universal.  At its very beginning, however, the system of launched and transmitting satellites was strictly military.  That changed to allowing civilian use but in a much-degraded form.  Finally, some years back, full geo-local and specific location information was allowed to anyone with a receiver.  Receivers can be so small as to be place inside wristwatches.

GPS changed life as we know it in developed countries.  Starlink, another system of blanketing satellites, is fast becoming the latest entry of electronics floating above and around the planet as a weapon of war. There are only 31 GPS satellites.   Starlink has launched and place 2200.  The GPS system is not expected to grow in number, but the Starlink system is expected to grow to over 52,000 satellites as time goes by.   To connect to the Starlink satellites, and therefore enjoy the benefits of its cell phone and high-speed Wi-Fi capability, ground based units must be installed (with communications dishes) and then interlinked.

The main attack usage of Starlink is through the Wi-Fi connection.  Drones play a big role.  The drones launched, which can have ten to hundreds of miles of range, need constant Wi-Fi connection in order to be intelligently guided.  The drones usually carry anti-armor weapons that are extremely effective at taking out all kinds of ground-based tanks, trucks, personnel carriers and more.  But the Starlink system is the only system that can provide blanket Wi-Fi to the whole country.  The secondary war usage in today’s communications sensitive world, is the usage of the Wi-Fi to reach the rest of the world and keep the war effort on the front page of every news agency willing to run stories about the war.

The voice of the Ukrainian/Russian war has become one that is totally controlled by the Ukrainians, and that is primarily because of Starlink.  Incidentally, Ukraine now has more Starlink connectivity and usage than the entire Midwest of the USA, where the up and downlink equipment is very sparsely being parceled out.  USA customers must pay at least a hundred dollars a month for the service and then about five to six hundred dollars for the equipment to access the satellites.  The Ukraine gets it all for free.  Some of the Ukrainian Starlink sites also have at no cost to them, the faster and higher performance business type of Starlink.  The downside to the system is that the signal to access the satellites and then the downlink signal, as well, is fairly easy to target, so the Ukrainian’s have been encouraged to use long cables to connect the satellite access antennas to the terminals in case of counter-battery-fire from the Russians.

The Russians have recently been targeting electrical stations and sites (and hydroelectric dams) in order to not only destroy power sources so that the civilian population will have no heat or electricity for the coming hard winter, but also to deny the Starlink sites the power to access the satellites.  There are too many Starlink satellites up there for the Russians to attack them in space, plus the fact that SpaceX is launching approximately 25 satellites every week, with that number likely to increase as 2023 begins.

The war will likely continue until such time that either the Russians go nuclear or there is a negotiated ‘peace’ that allows Russia to possess or control that corridor extending down the side of Ukraine nestled up against the Black Sea in order to be able to access and use the nuclear regeneration plant located in Romania just on the other side of Ukraine’s southern border.