From The Wilderness, Article Thirty-Four 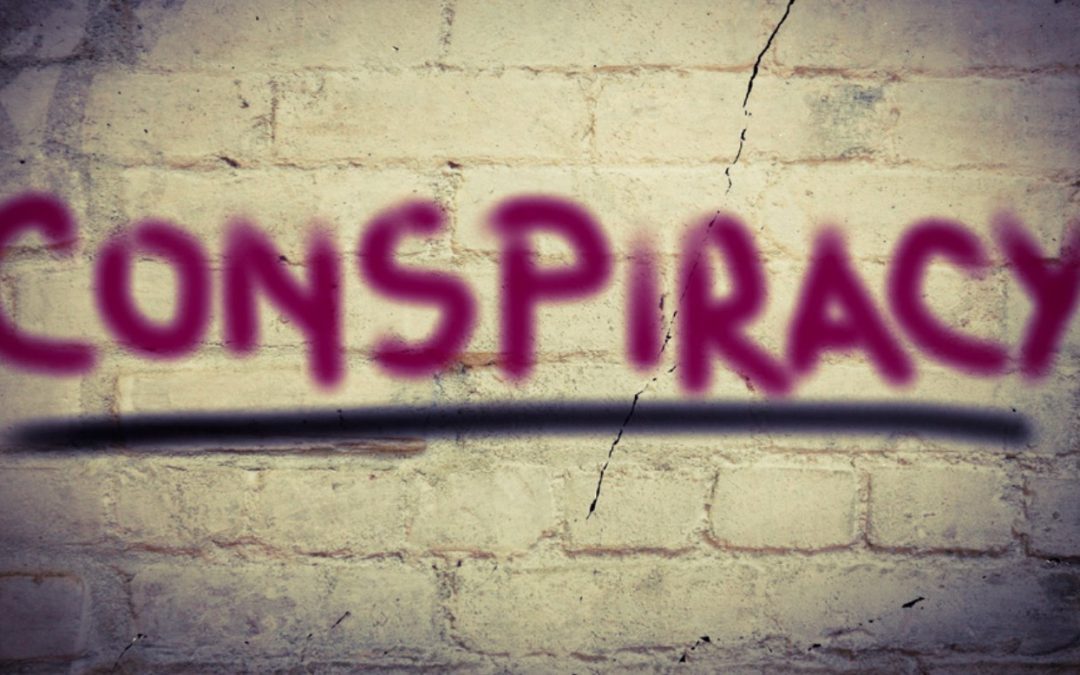 We have to go all the way back to the 14th century to examine the origins of the word ‘conspiracy.’  This word, when coined by European cultures back then, was created without negative connotations. It was merely a word that was developed to describe a group of people getting together to discuss something.  Webster has it down as: “a plotting of evil, unlawful design; a combination of persons for an evil purpose,” from Anglo-French conspiracie, Old French conspiracie “conspiracy, plot,” from Latin conspirationem(nominative conspiratio) “agreement, union, unanimity,” noun of action from past-participle stem of conspirare “to agree, unite, plot,” literally “to breathe together”. Well, the meaning of the earlier origins and then variants of the word change rather substantially over time.

Today, the word, although still used by the legal community in the United States as meaning about the same thing as the original definition, is usually linked to another word, a word that was added to it following WWII when the ‘psyops’ divisions of the U.S. military and intelligence agencies.  That word was, and remains, ‘theory.’  A conspiracy theory is considered to be a relatively invalid presentation or belief in something that does not follow the normal course or conclusion of the investigations into almost any incident or occurrence.

Think UFO stuff.  The Kennedy assassinations.  The twin towers coming down.  The Oklahoma bombing.  Even smaller, but emotionally charged and highly published subjects can fall into being used by prominent people offering this category of explanation results, like the killings at Sandy Hook, or down in Texas.  The phrase, when attached or used following an official explanation, has an evil tinge to it, as if the purveyors of it have ‘evil’ anti-government feelings or intentions.  It does not matter how ridiculous the official story is (like the explanation of what happened with respect to the 911 catastrophe) or how absolutely factual it might be (Sandy Hook), the conspiracy theory arises, is used by some for whatever purposes (usually funding and fame) and persists throughout the permanence of today’s media complex.

The facts, no matter how much proof is provided to back them up, do not extinguish the myth created and continued by the conspiracy theory.  A perfect example of this is the currently held belief by almost half the population that the last presidential election was stolen.  Not one shred of evidence supports that theory, but the theory itself not only survives but helps motivate and control huge tracts of the population when it comes to voting.

The brilliance of taking the word conspiracy, add the word theory, and then spreading the idea that anything assigned this moniker was or is false, has allowed alternate study, investigation and publishing of dissenting views to be killed off at their foundations.  No one, back in the cold war days, could have predicted that this phrase could so effectively kill off opposition, quell protests and support whatever official position was, or is, officially established.  However, scientific examination and ‘repeating the experiment’ through other sources and means, is vital to ever arriving and being convinced of elemental truths.

Having the words ‘conspiracy theory’ attached to any revelation, study or investigative result has become harmful to the culture, because the culture is denied the ability to have at least a conditional belief that the original presentation of the facts might be in error, off-center, or skewed in any way.  Even though the public has become painfully aware over time, as the mass media has evolved to affect the citizenry is almost every way politically, socially and economically, that the news is slanted to support one powerful faction or another, by and large it has fallen for the deliberately invented lie that any other explanation given, other than the official one, is fake or based on lies.  Going back to using science as a subject to compare with, if the facts are not accurately portrayed, then the results of believing the ‘broken’ or ‘alternate’ facts can be catastrophic.  Imagine operating a fighting brig in the 1700s, facing another fighting ship, and getting the formula for the gunpowder powering the guns just a little off.  No ignition. No explosions.  Very quickly, the loss of all life on the ship.

How does the culture recover and change away from failing to question authority because of a fear of being consigned to a conspiracy-theory nut bin collection of near drooling idiots?  The mass media is not going to be changed or redirected by anyone reading this article, but the readers can come to pay more attention to what’s happening in certain specific situations occurring right in front of us all and coming at us through this unforgiving media complex.  Alex Jones, and what’s happening there is instructive.  His cases, and the results of the court decisions, is a clear example of the fact that there are good conspiracy theories and bad ones.  Jones stuff, using his megaphone of Infowars, is all about bad ones.  Now, it becomes the responsibility of everyone to attempt to figure out which ones are the good ones.  The analysis of which theories are good or bad is the important part of the exercise.  We must all pay close attention and not simply believe.  We must first believe in ourselves before we can decide whom or what else we’re going to invest our belief in, as our very lives, and the lives of those whom we love, is at stake.