From The Wilderness, Article Thirty-Six 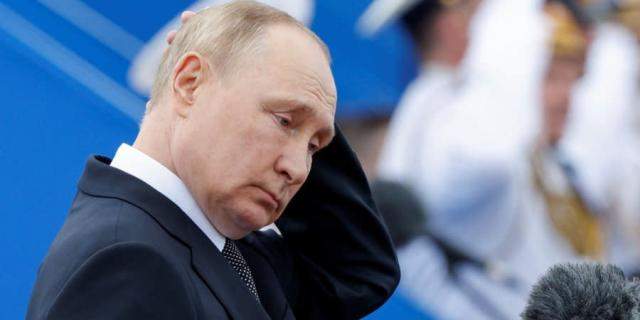 “Bal Hai may call you,” the song lyrics go.
“Most people live on a lonely island lost in the middle of a foggy sea.
Most people long for another island,
one where they know they would like to be.”

There is a big meeting coming in November of 2022.  It’s the meeting of the G20, the largest economic countries on the planet.  This meeting is going to be held on the small island of Bali, which is the fifth largest island of Indonesia, just off of the island of Java.  The last article that was written on this site about that coming meeting discussed the blatantly in-our-face denials by both the Putin and Biden administrations about how they would neither meet nor talk to one another at this meeting.  How they might avoid one another on this small island at this sparsely attended meeting was not presented, only their loud and emphatic announcements that they would certainly not meet.  Such unnecessary pre-protestations usually indicate that the message being delivered is a deliberately designed prevarication in order to ‘brush-block’ the media, and hence the public, about the truth.

The truth is that those two leaders, tacitly at war, will meet and begin discussing some sort of negotiated end to the war in Ukraine. It only makes sense, else why would one or the other of the two leaders simply not skip attending at all.  The G20 meeting isn’t about criticality about anything, and nothing generally happens at such meetings (they’ve been meeting since 2006) or even after.   Now, there’s more news about attendees.

Yesterday, the noted and still disgraced Prince of Saudi Arabia, the Bone Saw Prince, had his staff that he would be attending the meeting but would certainly not be meeting with or talking to either Putin or Biden.   This kind of ‘high-school’ level announcement follows the other two and it’s becoming kind of high humor to observed and listen to.  None of the three of these high-powered by questionably ethical characters had to announce anything.  They could simply attend and not meet or talk to one another.  This becomes like the ride on a high school bus to and from school, where three powerful classmates are yelling “oh yeah,” at one another over nothing.  Of course, the subject matter they are not going to meet over and certainly are not going to discuss, deal with the potential end of our world as we have all come to know it.   Students in elementary schools across the nation would be back to being taught how to crouch under desks if the alarm warning about portending nuclear attack was ever broadcast except, they don’t make desks as substantial as they used to and the old warning systems were long ago converted to warning devices about approaching tsunamis or tornados.

The world will have to wait for the results of the super-critical (in their own description, and that of the mass media) mid-term elections to come in and for the uneven and broken up mess of Trump’s extended mess of a presidency continues to play out before trying to come to terms with what these non-talkers and non-meeting attendees are going to decide.