From The Wilderness, Article Thirty-Two 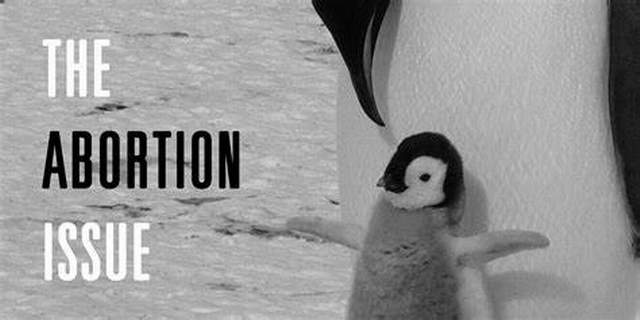 What you may believe about the practice of abortion, and no matter how might have come to arrive at a position on this wildly emotional subject, the U.S. Supreme Court has brought it right into your home, to your front door and just about everywhere else any contact with other humans might take place.  When it comes down to it, however, and it is coming to the entire American society on Tuesday, November 8 of this year, the issue of emotion, belief, right or wrong will play out in a way it never has before.  There have been movements that have swept back and forth across the country, both ‘Pro-Life’ and ‘Pro-Choice,’ stronger in some states than in others, but there’s never been anything as monumentally, and silently as huge as what’s coming in this election if foundational indicators are taken to be true.  Women are registering to vote in numbers that have never been seen before.  Numbers that boggle the mind.

In Kansas the registration of women to vote is up a staggering 162%.  Kansas has been a conservative state for a long time, and the Pro-Choice movement is anything but part of any conservative belief system, at least in this country.  Kansas is not the entirety of the nation, however.  It’s only one state.   Where else are registrations way up?  Everywhere, from state to state, and those high registration numbers are being either ignored or misinterpreted.  Michael Moore, the obnoxious looking, and many times sounding, pundit, celebrity and moviemaker is one of the very few people with any kind of public voice predicting the avalanche of female votes I also see held back ‘up on the mountain,’ if you will, and just waiting for the big day of November 8 before sweeping down the elective slope.  Silent, but overwhelming.  Michael Moore is also one of the very few progressive pundits (I know of no others, actually) who stood very solid, firm and unpopular when he predicted very successfully that Hilary Clinton would lose the presidential election.  What was Moore looking at back then that almost everyone else was missing, by either ignorance or design?  He was paying attention to a sweeping wave of registrations taking place nationally that were coming in from rural areas.

While the mass media was predicting that Hilary would sweep the election results with ease even driving around the outback of Wisconsin supported Moore’s conclusion, although the fact that the fields and countryside’s were covered in Trump signs seemed simply old fashioned and a bizarre exhibition rather than what it really was.  The city populations (mostly Hilary supporters) stayed home, as they were convinced by the mass media that it was unnecessary to bother to vote.  Not so with the ‘avalanche’ of newly registered rural people.  There was no single issue that caused that former avalanche, but the combination of issues mostly not discussed or discussable issues raised the same kind of silent motivation in a huge portion of a population that seldom registered or voted at all.  Whatever one’s feeling about Donald Trump or those issues of that time, many still with the culture and seething under its subtly deceptive surface, the times changed but not the process.  The U.S. Supreme Court, whether by ignorance or deliberation caused this huge body of women to rise together and rest comfortably up the side of the metaphorical mountainside I’ve created as a body of voters who are most definitively coming down on November 8th and nobody’s really ready for the results.