From The Wilderness, Article Twelve 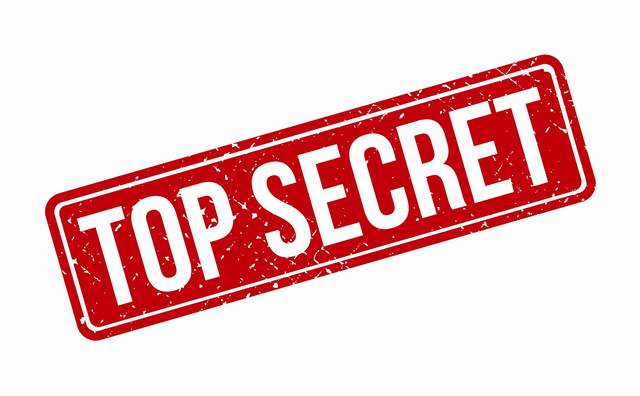 The U.S. system of declaring documents, and or actions, confidential, Secret, Top Secret, or above Top Secret, is called (regarding the implementation of procedures and rules) the Registered Publications System (commonly called RPS). This system was set up after WWI for the protection and classification of U.S. documents, civilian as well as governmental documents.  The system has some key ‘fail-safe’ attributes not commonly known to the public.  All documents exposed to the system are classified, even if that classification is ‘unclassified.’

The recent revelations that there appear to be classified documents of the three classifications termed ‘confidential,’ ‘secret,’ and ‘top secret’ have been written about and discussed lately because of the apparent mishandling of documents by the former White House president and staff.  Before discussing any mishandling or obfuscation or downright theft of such documents one must have an understanding of how such documents are handled and treated.

First of all, a person allowed to view such documents must be examined and then conferred with a security classification as a person.  Such an individual can be conferred a ‘confidential’ certification by being so designated by any number of individuals holding higher classifications.  Secret and Top Secret clearance, however, requires a complete FBI background check that usually takes from six months to a year to complete.  FBI agents must of out and interview family, and neighbors, check old addresses, jobs, and more.  The data itself resides in a secure location called an RPS repository.

The writer of this article attended the Naval school located in San Diego in order to qualify to be a guardian of one of those repositories located in Camp Pendleton, California.  Repositories, such as the National Archive (by far the largest in the nation in D.C.), have rigid rules about the storing, accounting of, viewing of, and other handling of classified documents.

Secret classified documents can be checked out by qualified clearance holders but must possess the documents under very carefully applied rules, accountability, and concerns.  Any top secret or secret documents are the responsibility of the guardians running and working in the RPS repository.  There is very little or no chance at all unless the rules of classified data handling are totally violated, that top secret documents would have been allowed to be taken to Mar A Lago and left to sit in unprotected rooms and files.  Only the complete prevarication and violation of the system would have allowed for that.  No order from anyone, including the president of the U.S., would allow for such violations.  In order to have such a document, however, is possible for a president.

The president has the power to declassify any document the repository is entrusted with.  Such action, however, in order to stop the immediate and automatic reaction of the repository, the DOJ and the FBI would have to be filed with the guardian in charge of the repository.  Classified documents, under the care of the author of this article in the repository he commanded, were physically checked daily for their presence, quality and authenticity so that no one inside the repository could survive violating any of the rigid rules everyone works under.  If what is being alleged by the DOJ and FBI, with respect to the growing scandal in Mar A Lago, holds up, then tens to hundreds of careers will be over and many people are going to prison, irrespective of what happens to the staff of the White House or the president.  A thousand or more citizens have been pursued, tried, convicted, or serving time for what happened on January 6th.

Look for a similar hunt and conclusion as the silent search for all violators has got to be going on right now. There will probably be a lot more students being sent to the RPS schools to replace all those who are going to suffer for the lapses that had to have occurred.