From The Wilderness, Article Twenty-Eight 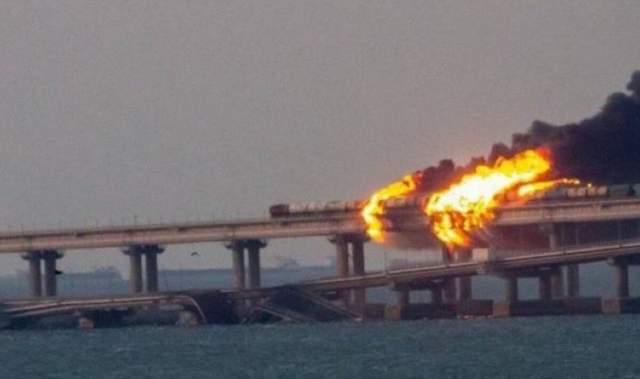 Portrayed as the modern day ‘El Cid,’ or quite possibly Teddy Roosevelt, the leader of Ukraine rides into fame, fortune and the good will of almost everyone in the Western world for his heroic opposition to the Russian attack upon his country.

The public loves grandiose heroic displays, although many times those elements used to illustrate the heroism of the particular rising star begin to crater and fall apart over time.  Born to a Ukrainian Jewish family, Volodymyr Zelensky the charismatic leader of this country grew up as a native Russian speaker in Kryvyi Rih, a major city of Dnipropetrovsk Oblast in central Ukraine. Prior to his acting career, he obtained a degree in law from the Kyiv National Economic University.  In carefully analyzing the conduct of Ukraine’s current president, as well as his often and very well-crafted rhetoric, is it time to begin asking questions about the direction he appears to be leading the world in his attempt to smite President Putin and the neighboring country of Russia itself?

The world’s free press is following Mr. Zelensky’s every word and using video to spread every bit of this man’s message and his conduct in supporting that rhetoric.  My first misgivings about the leaders of the countries supporting the Ukrainian’s battle against the Russians came to me while I was watching the old but truly remarkable performance of Marilyn Monroe when she recorded the Happy Birthday message to President John Kennedy.  The regurgitation of that memorable rendition was trotted out by President Zelensky for a supposed ‘celebration’ of Mr. Putin’s 70th birthday. Coincidentally, the president also alluded to the fact that Mr. Putin’s prized main supply/vehicle and train bridge leading into the Crimea from Russia had been sabotaged by the ignition of some huge bomb or explosive device (not destroying the great structure but damaging it badly and in a spectacular manner). The explosion was also, seemingly amazingly, captured live on camera and broadcast to the world by the waiting and breathless mass media all across the planet.

Are we all being played by a master?  There is little or no doubt that Zelensky’s cause is just and that Russia’s incursion is not only inhumane but terribly costly in damages and lives to the Ukrainians and the Russians themselves.  Mr. “Z” has been able to assemble and then apply some of the most technologically advanced weaponry in the world to use against Russia while he’s also been ‘poking the bear’ in such a direct and public way that he’s tempting, or quite possibly, forcing the dictator to use nuclear weapons against him.

Are we being played by a master?

There are so many advantages for the U.S. and NATO in supporting, funding and arming Ukraine in this war, with the U.S. getting to ‘experiment’ to see just how these new weapons really work in real combat situations, while losing no American lives of any import or real notice.  The U.S. has been able to rebuild and reenergize NATO, or has Mr. “Z” been properly regarded as the real force behind doing that?  What has Ukraine, as a tattered mess of a broken country got to lose, really, if Russia does apply even a limited number of nukes against them?  Did this whole affair start out with the best intentions but then get taken over and redirected in its escalation by a master story manager, actor and comedienne?  As this war has progressed, right up to the point of the Marilyn Monroe ‘over the top’ birthday presentation, has not that progression moved into territory wherein Ukraine now has a lot less to lose, no matter how the war goes, than the rest of the world?

“Freedom’s just another word for nothing left to lose,” are lyrics penned by Kris Kristopherson and Fred Foster for Janis Joplin to sing so many years ago, but were they and are they not great words to describe just how nearly hopeless situations in life can’t be described in feeling and in possibly reaction to?  Is the current leadership of Russia not being carefully guided into just the kind of mental conclusion as those lyrics can seem to describe?  Who’s guiding this current world ‘adventure’ in which the world, especially the world of the current collected powers, is now skirting on the edge of an abyss that’s never truly been peered into before much less considered as some sort of step-by-step eventuality?  Might it do well for the U.S. and the supporting countries of the free world to take a solid step back from that edge?

Russia cannot admit to the real reasons (from its viewpoint) that the war is being fought.  To do so is to baldly and openly admit that its nuclear arsenal is rapidly decaying.  Zelensky cannot admit that some sort of accommodation must be made to allow Russia to save some sort of face, establish a corridor down through the eastern part of Ukraine, and also to accept and pursue a course of action that allows for the compete rebuilding of his country and his culture.  The U.S. has got to think this through, not fight it through.  If this war continues along the emotional course, it is being deliberately led into then nuclear war will be the result.  Is Biden’s team bright and tough enough to pursue a course that leads instead of being led?  The U.S. has the best interests of both the U.S. and Ukraine in mind and in taking action.  Our leadership must never ever forget that President Zelensky only has the best interest of Ukraine in mind and action.