From The Wilderness, Article Twenty Four 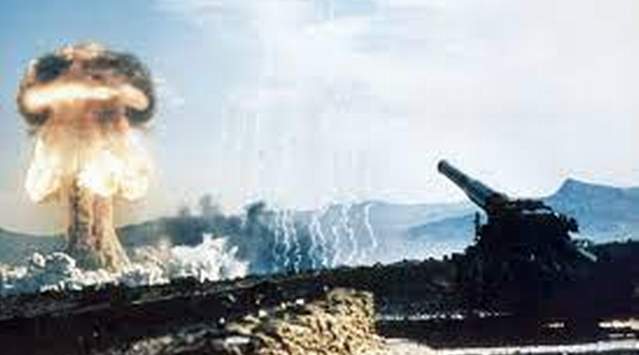 Although I am not a nuclear physicist I was classically (PhD) trained in physics (Quantum Mechanics) enough to be able to understand how the Periodic Chart works, how the micro-world of tiny particles is the foundation of all we know and exist in, and how energy in massive ever-moving quantities control almost all facets of our very existence.

There will be no ‘clean’ nuclear war, as one is being verbally threatened now on a regular basis by Russia.  There are no ‘low-grade’ nuclear weapons in existence.  There are low-yield weapons.  Those weapons, even if fired from an artillery piece or manufactured to fit into a backpack (called, appropriately enough, when they were fielded years ago, a SAD pack).  The use of low-yield nuclear devices has long been under discussion among almost all world leaders who have power over such things or the military leaders supposedly under the.  The famous ‘Plows plowshares’ nuclear program in the fifties comes to mind, where it was finally decided that nuclear explosions could not be sufficiently contained or shielded in order to be safe enough to use in almost any circumstance.

Since the post-World War II days, when first General MacArthur’s and then Barry Goldwater’s solution to the wars of their times was going to be in using nuclear arms, the actual threatening talk of using them has not been around. Even in the days of the Cuban missile crisis neither the Soviet Union nor the U.S. actually threatened to use the big bombs.  That has all changed, however, with Putin’s, and now some of his subordinates, openly talking about using these weapons.  The only real drawback, since there is no response NATO, the U.S. or any other country can make to the use of nuclear weapons except for escalation by striking back with them, is radiation.

Even low-yield nuclear weapons can leave massive radiation in the air, the ground and water of regions far away from the ground zero the bomb or device cause, and that radiation, as with Chernobyl’s radiation, would spread to the north and the east.  Russia is there, along with the ‘Stan’ countries and there’s no way they would avoid contamination on a massive scale (depending upon what was fired or dropped).  What does Russia have in its inventory that still works after so much time has passed in their aging of their arsenal?  That’s all classified to the maximum I am certain, in everyone’s nuclear secrets inventories (although may have been available at Mar a Lago).

Putin and his cronies cannot quit, either the war or the battle they are facing with their own population.  For Putin and his cronies to lose is to face death and they know that.  What this means for the world is that the world goes to work to find a solution (non-nuclear) to this mess or to face the likelihood that the next mass extinction of most life on the planet may not come from a passing asteroid, meteor or cataclysmic geothermic explosion.  It may come from us.

The Internet proves without a doubt something everyone has kind of known but was never certain of.  There are some truly stupid humans on this planet and the invention of the Internet not only reveals them but almost assures that they will have some measure of power to destroy everything without having a clue that they are destroying anything.