From The Wilderness, Article Twenty-Seven 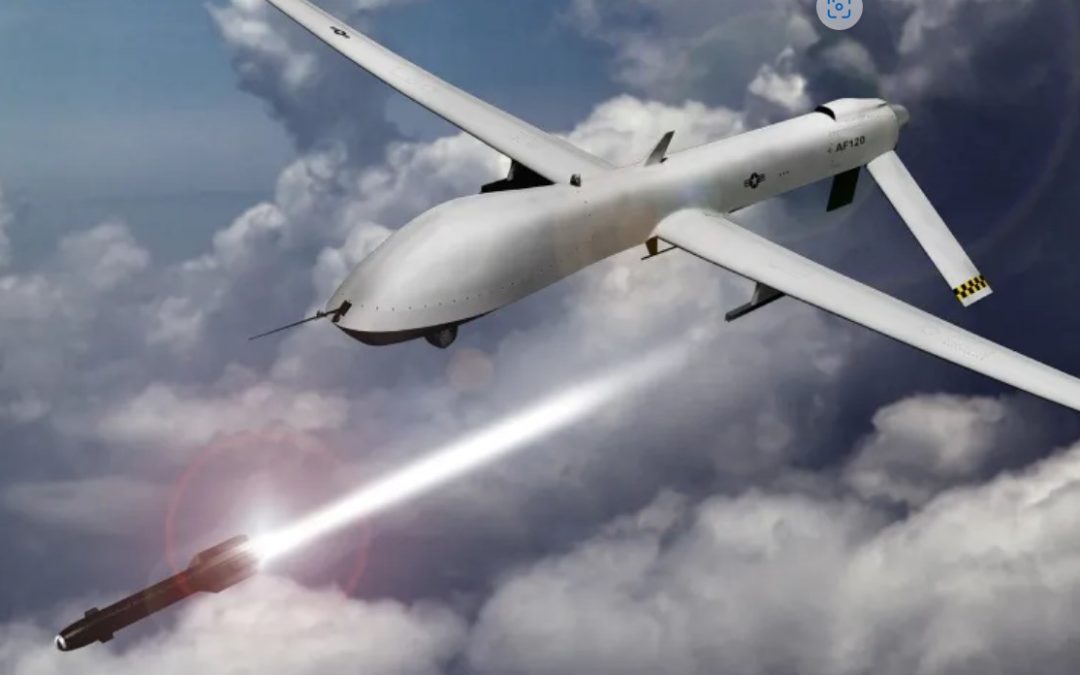 THE UNIQUE TROUBLE WITH DRONES

Elon Musk is afraid that the coming of A.I. (artificial intelligence) among machines will be the end of the human species.  Science Fiction stories have been replete with such applied beliefs (think Fred Saberhagen and his Berserker series back in the eighties, those machines with only one purpose…to get rid of humanity).

Drones are an extension of humankind’s reach.  First there were stones, then spears, then bows and arrows, then guns, artillery, rockets and so much more including even aircraft of all sorts.  Humankind has sought to extend its reach beyond arm’s length since it became sentient on the planet.  Is Elon right to worry?  Probably not, but the very definition of ‘artificial intelligence’ remains under continuing and serious discussion.  Right along with that phrase comes the following phrase: autonomous behavior.  Programming the machine to do certain things and then setting it loose to do that, without a human mental and vigilant connection, is probably more what Elon is worried about. Drones are generally dispatched in order to either discover something (reconnaissance) or to take something out (destructive).

President Obama was the first U.S. president to really have to deal with the drone situation. Drones have a big advantage in one critical area.  The loss of a drone is the loss of a piece of equipment, not a human being. There’s little or no political kick-back to losing a drone, even if the loss is published. Part of the mystique of drones is the secrecy.  Obama, as president, twice approved the killing of American citizens abroad, as part of an intent to kill a terrorist, supposedly. There is no reason to presume that Obama was acting in what he saw as America’s best interest, but he committed murder, nevertheless.  Only by retroactively creating a ridiculous agreement that the president’s review actually meets the intent of the Constitution’s Fourth Amendment to have judicial review before the government can execute anyone allowed him not to be prosecuted.

Drones are dispatched from all over the world.  President Biden just signed another agreement to control their use. He did not sign an agreement to be less secret or more forthright in their use or any revelations about that use, even after the fact.  Today, drone operator’s acting at a control desk in Virginia or Texas can control, and kill with, drones launched in almost any part of the world.  What’s the real danger little discussed?  There will come a time when all countries and leaders have advanced drones and can use them in the same way.  There are no agreements existent allowing the U.S. to use drones for surveillance almost anywhere in the world, and no agreements allowing for the killing of foreign citizens in their own home countries either.  That establishes a trend, so far totally protected because the U.S. is so powerful that no other country has, as of yet, exercised the aggressiveness and temerity to send drones to kill citizens living inside the boarders of the United States.  That such a time will come is part of what the genius of an Elon Musk can see, although the message of his words is a bit garbled.

The difference between having some drone operator remotely operating a vehicle thousands of miles away is still not the same as sending a drone with programmed instructions to kill someone far away.   Kamikaze aircraft in WWII were much feared, as have been suicide bombers all over the Middle East.  We humans are not ready and not adjusting well to the extension of human violence beyond our control.  The very reason for all the secrecy is what Musk is talking about.  The word driving the emotion, and therefore the actions behind the drone phenomenon is fear.  Fear of machinery beginning to perform beyond the barriers of what humans understand and fear of being discovered at being afraid of such knowledge and applying it.  It’s too soon to make any decision about whether Elon is right to express his fear of such things, but it pays now to carefully consider just how deeply into the autonomy of these new ‘potential berserkers’ the species wants to accept going.