From The Wilderness, Article Twenty-Six 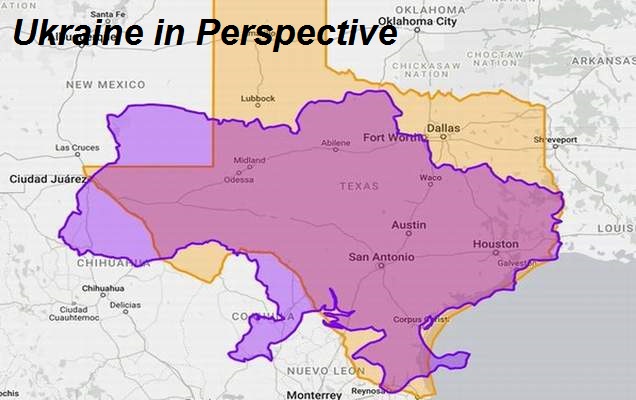 It is interesting to write columns and articles as times goes by.  Some of what I write I do not necessarily want confirmed by bigger and more traditional delivery organizations, simply because the sensationalism is so many times delivered right at the front of the written or spoken word they are trumpeting.  Even the President of the United States, in his own form of quivering fear talks of the potential of a coming apocalypse.  Most people associate that word with the complete and final destruction of the world, and that’s not what’s being threatened here by the continuing conduct of Russia, nor of the response from the worlds Western or allied forces.  Putin, the major players in what’s happening over in the Ukraine, and in many cases the world is other interconnected areas (see spiking gas prices he is manipulating in order to hope to influence the coming med-term elections).

The world is not ending.  Is what’s really going on in the Ukraine as vitally and stunningly effective at having huge effects on the lives of everyone on the planet?  That question is easily answered simply by turning on the television. Bad news and made-up crap news (like the QAnon Conspiracy stuff) presents itself as much more entertaining than the much more mundane day to day stuff most people life with and through.  Today, the republicans have become much more effective at using these communication tactics, as not only the United States but the entire world must accept the obvious fact that just like with the effect of the U.S. dollar (like it or not, deny it or not, the U.S. dollar is the one and only real international standard and currency of the world) the world is now hooked into the American two-party system of politics and world view expression.

Ukraine is not the ‘breadbasket’ of the world.  It’s neither large enough, considerably smaller than Texas in geographic, economic and population size.  Yet, nearly every day, the attention of the world is focused by the mass media on this very small place.  How does the world’s attention get so re-directed toward a country significantly with less power in every way than Italy, into this behemoth of focused world attention?  This invention called television, although the mediums has gone well beyond the effects of the device’s original creation, has done this and how that medium has haphazardly grown with almost no controls that make any sense.  Russia has also been grown into another behemoth, which it is not.  Bombastic and threatening leaders, and even ex-leaders, of these smaller outspoken sources dominate the presentations of almost all mass media outlets.  Americans in particular have become accustomed to 24 hour a day ‘news,’ and if there’s nothing of wild import (like a hurricane, earthquake, tsunami, or assassination) to be presented then the material has to be made up to satisfy the never-ending craven need of a public that mostly has no clue, except from what it gets from these notoriously inaccurate and lying presenters.  There simply is no other source to ‘know’ much of anything.

I have written the Tsar Bomba series of articles to illustrate what I have witnessed as the developing situation with respect to the potential of the use of nuclear weapons to support or settle a regional conflict.  My reports have been unbelievably accurate, supported by later distilled reports coming brokenly through the mass media complex.  The world is on the edge of a precipice, but it’s been there for a long time, and it’s more protected from an apocalypse than it ever has been.   Anti-satellite and anti-missile defenses have never been more pervasive nor as effective as they are today (or less known about).  The U.S. has become the only superpower, so far beyond and above any other pretenders that it has made the obviousness of other country’s weak economic, and military might, by comparison, almost laughable. It’s also much less likely these days that any individual can launch nuclear weaponry. Everyone has a whole lot to lose from an uncontrolled nuclear exchange (or even a controlled one).

The Russians are in bad shape, and that’s now apparent to the world. Countries in bad shape usually need help and there must now come a time when Russia, as well as the Ukraine, must be given it in order for everyone else to have some sort of blissful worry-free existence.  Somehow, monthly, weekly, daily, hourly and even minute-by-minute of applied bombastic fear expressed through the mass media has to be brought under control for the good (and yes, survival) of the species.  The world is not going to end, but it’s going to continue to be quiet an unhappy place on into a foreseeable future.