From The Wilderness, Article Twenty 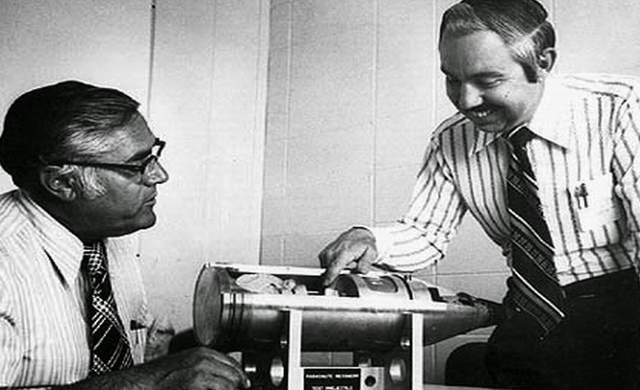 Two weeks ago, I wrote an article on this newsreel about the potential for nuclear explosive ‘trouble’ in and around the Ukraine.  Two weeks before that time I postulated about the real cause of the war in Ukraine and why the shift in war making moved to only one side of that country.  The Ukraine war is all about nuclear weapons.

The confirmation of my ‘reporting’ about this foundational causal force creating and sustaining the war has been, by and large, ignored by the mass media as a subject for discussion.  Somehow, the fact that Russians are evil, and the Ukraine people are not has been the story that has captured the mind of most of the western world…as depicted by that same mass media.  Seldom, if ever, is the innate integrity, honor or deserved righteousness the cause of any country’s motivation to do anything.

Wars, both economic, psychological and physical are generally fought between countries over stuff.  Who has what?  Who doesn’t have that stuff?  Who wants it?  Who feels that the stuff in question can be gained by surrendering lives and sustaining terrible damage?  The answers to these relatively simple questions allow all of us to better understand how the application of sociobiology transforms and continues to transform the world.  Yesterday, President Biden spoke, following a fearful presentation made by Putin.  The threat of the coming use of nuclear weapons by his country was verbally made by the leader of a nuclear power for the first time ever in known history.  Biden didn’t flinch.  He admitted the threat and then fired back his own challenge, not wishing to appear weak as these mid-term elections loom and life inside the U.S., and outside for that matter, could substantially change with the results.

Last week a noted scientist wrote to me about what she felt were her own predictions based on her travels, education and life experience.  I was not shocked to see that her conclusions were almost spot on when it came to comparing them with what I’ve been writing, especially since I began this members-only portion of my website.  The fear of nuclear war, however limited it might be, now looms over the world, although the devastating admission by Putin is even this morning overshadowed by the problems of Mr. Donald Trump.  The mass media has been targeting Mr. Trump for many years, not for his supposed goodness or evil (like those countries that war against one another) but because he’s been allowed, or transformed, from being a real human being with real human frailties and qualities into an entertainment fixture.  He’s to be honored, recognized, hated, reviled and celebrated, all the time, everywhere…when it comes to the mass media.  He’s the Kardashians of modern television.

I only write of him here because of the attention that is being drawn away from what’s going on in the Ukraine.  The Russians, under Putin’s guidance, are preparing for the first nuclear attack, since it has become quite apparent that the Russians, in their current weakened economic and military condition, cannot fight back effectively against the Ukrainians armed with near ‘science-fiction’ capable and quality weaponry.  The Russians are in a metaphorical position not totally dissimilar from what it might have been like for a revolutionary army of the 1700s to engage a modern U.S. Marine, or Army ground force.  Flintlocks work for what they were invented and built for, but they don’t work against modern small arms, even if the ‘battle’ was kept to the very lowest exchange level.  The Russians also know that the U.S. has yet to give the Ukrainian’s real ‘black’ equipment, the stuff the American public has no idea exits, but the Russians certainly do.  The Russians are acting out of fear, almost complete and total fear.

On the battlefield that ‘terror,’ if you will, rules almost all engagements.  You can train your forces until you are blue in the fact but when that terror comes sweeping in at the very base of the human mind then you don’t get the raising of the flag on Iwo Jima, you get Uvalde results.    The harbinger of the coming nuclear blasts is being set in motion this very day.  The supposed sympathetic parts of Ukraine along their contested border are being ‘surveyed’ by the Russians in order to see if they will vote to become part of Russian (annexation, according to the Russians).  They will vote one hundred percent, of course, to become part of Russia.  Russia will then use the ‘sovereign territorial imperative’ kind of language and thing in order to ‘defend the homeland.’  Whether the homeland is attacked or not, the smaller nukes can be brought in, held up to the Ukrainians as a threat or actually used.  Putin, and Putin’s controlled Russian population, cannot afford to fail.  Russia will not go back to being a country without a nuclear arsenal.  Putin cannot live in a Russia that loses the war in the Ukraine.

Neither the United States, nor Europe (NATO) in its current political condition, can back down.  You read this all correctly.  There is going to be a nuclear war unless something completely coming in from only God knows where, can prevent it.  It’s simply a matter of when the first nuclear weapon is deployed, where and how things are then reacted to as the world changes completely in only a matter of a few days.

Can the forces crashing together abroad be brought back from the brink?  I cannot answer that question, and maybe nobody can right now.  Keep your head down (way down) and your powder dry.