From The Wilderness, Article XXI 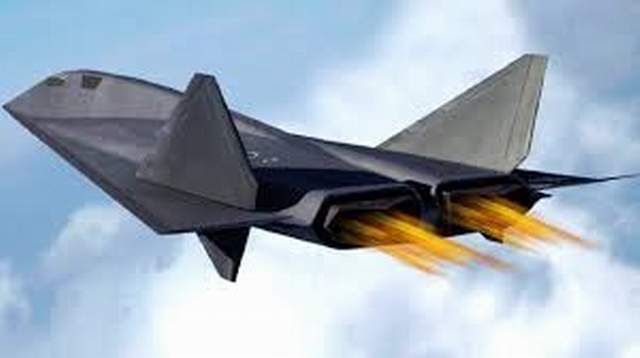 The word autonomy is not being used in this article, nor by many members of the American Industrial Complex for Defense, as you may know it to be classically defined.  That classical definition is: “the capacity of an agent to act in accordance with objective morality rather than under the influence of personal desires.”

That kind of autonomy is all about the depth of human behavior under almost any circumstance and the discipline and art of philosophy can argue its true meaning and potential implementation on into many long nights.  Autonomy, used here in this article, is intended to be that behavior of an automated vehicle or ‘tool,’ if you will which is based upon pre-programmed data to act in certain ways and react to others, also in certain prescribed and programmed ways.  Many of these actions and reactions, when discussed with respect to machines performing then ‘autonomous’ of all human control, are discussed as algorithms.

In my last article I hinted at one of the potential motivators that might be driving Putin and Russia further toward the nuclear cliff they are fast approaching.  That motivator would be what I refer to as black weapons.  Black money is the dark hidden funding that goes into certain defense projects.  That money is hidden simply because its revelation alone might give away too much information about what black program is being funded, and ergo an enemy might be able to assemble a good enough idea about what it’s all about to understand it and then begin to plan to defeat it.

The rise of remotely piloted aircraft (referred to almost universally as drones) is changing air warfare at a rate that is almost beyond description.  Autonomous drones, the same size as American fighters but without pilots now fly with those manned fighters, and soon will fly without the direct company or supervision by the human pilots in the ‘real’ fighters.  The NGAD airplane coming (that’s Next-Generation Air Dominance) following the already vastly dominant F-22 and even more dominant F-35 is rapidly coming into existence and testing.  Soon, this new unheralded fighter will be flying training flights along with the drones, already operational.  The final software in the drones is still being decided upon, as they can be used as “‘supply trucks” or probing intelligence or even as a targets to attract enemy fire.

Collaborative Combat Aircraft is the nomenclature used to describe these new drones, drones that are currently way beyond the capability of what Americans have come to know from wartime Iraq and Afghanistan video and film.  Those Reapers, and other drones of that era are anything but autonomous, and normally are only flown with a distant operator being at the controls. These new drones are nothing like that.  They are sometimes thought of as ‘buddy’ aircraft, to be flown as protection and company in a normal combat aircraft attack formation.

The Russians know all this, and that we can begin to field these kinds of weapons very soon has to be a major concern for them to get this war over as soon as possible.  Russia has nothing of this new technology.  Nothing at all.  The Russians have no money.  Their entire defense budget is less than 66 billion per year.  The U.S. advertised budget is just over 800 billion but is really more like 1.6 trillion when all the black stuff and research facility stuff is factored in.  Ten percent of Russia’s entire defense budget was spent in 2021 in simply keeping some of their nuclear weapons online, as they have this problem of aging nuclear fissionable materials.  They can’t keep this war going, as the U.S. can simply begin to throw even more equipment, and much better and almost ‘science-fiction’ weaponry into the fray.  The cost of these new drones, and the coming NGAD fighter fleets is already at between 10 and 20 billion, just to get them into the air and testing.  It will take an investment of around a hundred billion to bring them online to be fully functional over the next three to five years.  A hundred billion is an American drop in the bucket when compared to the entire U.S. budget, but that amount alone is significantly more than Russia can commit to its entire defense team and budget.  And don’t forget that the penalties the U.S. and Europe have laid upon Russia are making that country ever more economically weak.

We are all living in a very difficult time.  Russia, as a weak opponent is probably much more dangerous than it was more powerful.

Your thoughts and knowledge are always welcomed in the comments below.