From The Wilderness, The Dying Failure of Communism 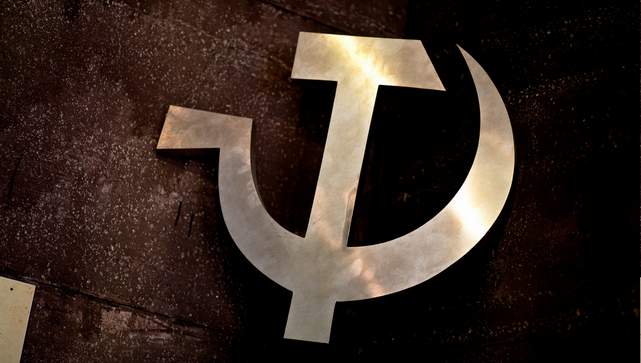 THE DYING FAILURE OF COMMUNISM

The word communism is a word that has come to describe a feared form of government and economics that is the arch enemy of today’s very successful western form called democratic capitalism.  There is also profit to be considered in this capitalistic form.  But the idea of communism is much older than most people think.  It didn’t come out of Marxism or the Russian Revolution.

Communism is an umbrella term that encompasses a range of ideologies. The term’s modern usage originated with Victor d’Hupay, an 18th-century French aristocrat who advocated living in “communes” in which all property would be shared, and “all may benefit from everybody’s work.” The idea was hardly new, even at that time however: the Book of Acts in the Bible describes first-century Christian communities holding property in common according to a system known as koinonia, which inspired later religious groups such as the 17th-century English “Diggers” to reject private ownership.

The real problem with communism that the modern world is watching play out on a near daily basis is economic.  The production of goods in a culture that is communistic in both governmental behavior and economic application is smaller and less efficient than a government based upon top-down management and a profit-motivated population.  Competition and a studied well-ruled system of prevarication accepts the concept that everything in economics is not going to be ethical and that the best course of actions meriting the few over the many can succeed mightily when it comes to great and majestic social projects.

The other very necessary but less remarkable area in which communism, of old and new versions, does not seem to perform well in is invention.  Invention is not only driven by intelligence, time and finance to work on projects of fancy but is also affected deeply in quality and quantity by a great need to succeed, and that success is invariably measured in financial and social success.  There is little reward in feeding a communistic system with such work and applied genius, as the return is shared and not isolated or at least focused sincerely on the person or persons who did the inventing.

Creativity died as the Soviet Union attempted to overwhelm the western world, starting back in the thirties and forties.  Creativity is seen to be totally lacking in the space and military developments of the Russians as well as in the Chinese system.  Reward in those systems is not doled or divvied out for meritorious creation or development but for the ability to adroitly and cleverly supplant one powerful leader or group of leaders after another.  Communism is not proving to be a failure due to being opposed, which it has been by almost every identity and element of the democratically capitalistic remainder of the planet.  No, it is, and has been, systemically dying all on its own.

Time and a willingness to work at the capitalistic system is all that is necessary to ‘win’ over communism, although the allure of a system where sharing is the founding of everything is unmistakably hard to overlook when one might have little or nothing at any given time.  The invention of nuclear weapons, note that they were not invented by communist systems but by capitalistic systems, might lengthen the time and extend the abilities of a communist system to continue (as Russia as continued since the cataclysmic failure of the Soviet Union) but the end is always in sight.  Humans have proven over time that the species must survive on the results of competition, invention and the application of overwhelming amounts of work…always performed for personal reward, recognition and acceptance.