Fusion, From The Wilderness 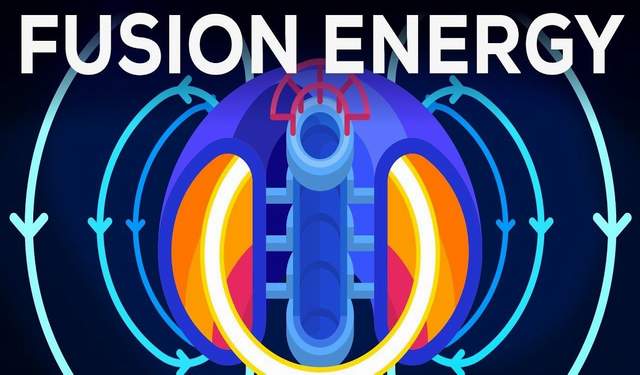 Back, way back in the 1980’s I worked for a bit at Los Alamos National Laboratories in Los Alamos, New Mexico.  The project I worked on, headed up by Einstein’s follow up grand intellect, named Hans Bethe, was called Project Antares, named after the Greek phrase meaning the opposition to Mars, or the planet designated to represent the God of War.  Mars seen as darkness and Antares then seen as light.  Antares is also the supergiant red star in the constellation of Scorpius.  When I left the project, after its failure to accomplish break-even energy output, I took the name of Antares to become the name of the corporation that sits as the top ruling entity for almost every other thing my interests direct me to work in or accomplish.

E=mc2, the two-meaning squared, is not a formula either created by or proven by Albert Einstein. We have to go back into the 1800s to credit a variety of physicists of that time for this vital formula.  Supposedly, and we still to this day cannot physically prove it, this formula allows for the release of one hundred percent of the energy holding atoms together.  Electrons are supposed to swirl around a nucleus at the speed of light.  When these electrons are ‘broken’ from the atom, then all the energy of their travel is converted to pure energy.

Fusion is the name assigned to this process.  That electrons may not exist as we have postulated, nor travel in a perfect orbit around a nuclear mass has proven to be beside the point.  The atoms act like atoms as we have calculated, and that’s about it, at least so far in the pursuit of humanity’s understanding of how the universe works is concerned.  What the universe is, how it came to be, where it is going…all of that is still up for discussion…and that discussion may never come to complete conclusion or even verifiable resolution.  The formula has conclusively assured that when an atom is broken apart then the amount of energy released is beyond huge. It’s stupendous.   A few pounds of enriched uranium or plutonium results in what we all know of today as a nuclear explosion of unbelievable size, relative to the amount of matter originally involved or ‘ignited.’

Why is this paper being written about fusion on this day?  Very, very soon the leadership of the United States will announce, probably quietly, that the process of creating a break-even fusion process has been accomplished, except the announcement will go beyond that.  Fusion, as this government spent billions of dollars trying to arrive at in the 1980s, has been created in a lab to allow for more energy to be released from captured atoms than it takes energy to produce the process.  This small announcement is the first real step in setting humanity free to truly explore the universe around us and then control whatever parts of it that humanity might choose to influence.

When AC electricity was invented and produced by Nicolai Tesla, however, his attempt was presented as a gift being given to humanity wherein electricity would be provided to all humans to allow for heated homes and light and more…and all for basically near no cost at all.  Edison and Westinghouse however, the losers in the battle of the electricity times (they gambled on DC electricity) came up with the greatest money-making invention of all time, the electric meter.  Energy today, whether produced from fossil fuels or forms of productions and delivery less harmful to the environment, is the most profitable product ever brought to any marketplace on earth.

What is going to happen when this huge new coming resource of ‘free’ energy, is available to humanity at almost no cost?  When transposition of elements will become common place (like turning rocks into rib roasts, as in the food machines commonly portrayed in the Star Trek shows), when electricity will become endless in supply for every use, and much more what will be the result?  Will the new Edison’s and Westinghouse’s rise out of the background to basically steal it all?

The human condition has been the human condition for hundreds of thousands of years, and it remains limited to this very day simply because sociobiologically humans are genetically required to work and support themselves individually, not as groups.  Humans work and apply themselves for the good of the individual human.  That internal, seldom discussed and never admitted selfishness has meant that humanity in general, around the entire world (not just in the small, advanced slices we observe in the developed parts of the world) have remained mired in a sea of shortage, deprivation and deep dark discontent.

Fusion is coming. Will the arrival of this stupendous life-changing-on-the-planet lead to true freedom for mankind or will it simply be harnessed and doled out to continue to allow for the absolute control and comfort by about one tenth of one percent of the entire world population?

Your Comments are always Appreciated