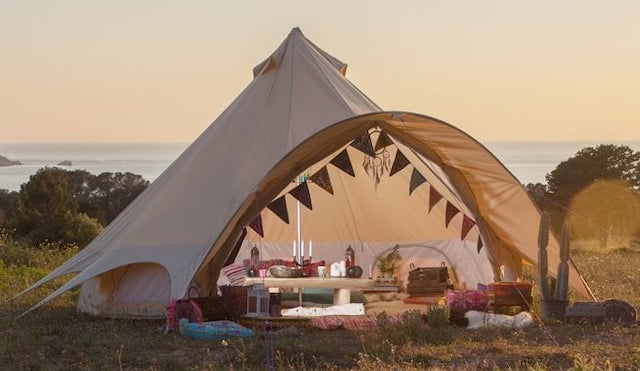 The mission was over and there was nothing to be done for it. New orders would find him no matter where he went or what he did. His control didn’t care and would never inquire.

But there was to be no celebration of wine in Paris or guzzling of beer along the banks of the Isar in Munich. Such thoughts played only fleetingly through Arch's mind. It was always the same. For two weeks, maybe three, and he’d be pickled in Bacardi or frozen by snowy iced margaritas right where he found himself and right where they’d find him when they wanted him.

Sierra Leone was hot but not too hot along the water. The ocean was a beautiful blue just out beyond the small inlet he’d come to rest along.  One could swim but no one did. The sharks fed hungrily everywhere along the unprotected shore. Arch nursed a morning rum and Coke. No ice as there was none.  “Cold enough,” as the Lebanese informed him when he ordered.  It was only his second drink. By carefully controlling his intake he would drink no more than fourteen before he retired into a poorly air-conditioned room.

He turned to study his surroundings. He was the only customer of the beach bar. The long canvas tent-like structure was erected no more than twenty feet from the water's edge. Several dotted the coast, almost equidistant by half a mile from one another like there was some rule Arch remained unaware of. None of the bars were affiliated with one another or any hotel, and all were run by Lebanese entrepreneurs. There were no tables or chairs. A single long bar with a bench before it ran the full length of the place. Canvas covers were rolled up on the side facing the water, which allowed for the stunning view and occasional gusts of light cool wind.

“Ahmed,” Arch asked, in a low tone, “Would you be so kind?” He pointed at the empty glass with an index finger.

Ahmed glanced, and then turned his back to go to work.

A man appeared in Arch’s peripheral vision causing him to turn his head and pull back his right shoulder.  A slim ‘throwaway’ automatic was in his right front pocket, as he’d not tossed it at the end of the last mission. There was no need for weapons where he was, however.  He’d simply not gotten around to the task. The man was Caucasian but no threat. He was down on his luck by attire and comportment. His shoulders slumped as he walked.  There was no floor, so the soft sand hindered his silent progress down the bar.

The man clambered over the bench with difficulty a good ten feet from where Arch sat.

He dragged a small canvas sack to the top of the wood slab of a bar and thumped it down.

His linen shirt hung open at the front, allowing for stringy gray hairs to protrude forth, while his dirty canvas pants were cut off at mid-calf. He wore no shoes or sandals.

Ahmed set another drink in front of Arch, removed some paper notes from the top of his local currency pile, and then walked to stand in front of his new customer.

“What have you got for me today,” the Lebanese asked, tossing a bar towel over one shoulder to have both hands free.

“Five great stones,” the beach bum replied, untying the thong holding his small sack closed.  He poured the sack’s contents onto the semi-polished wood of the bar.

Arch curled both hands around his glass to feel the coolness. He looked at the stones laying atop the bar.  Ahmed picked each stone up, held them close to his face, and then gathered them together and put them into some container under the bar Arch couldn’t see.

“Three shots of rum, and not the Bacardi,” Ahmed stated setting up shot glasses in front of the beach vagrant.

The man downed the shots as soon as they were poured, one after the other. He then stood, picked up his sack, folded it carefully, and put it in his pocket before turning and slowly leaving from the direction he’d come.

Ahmed took the shot glasses together in one of his fat hands.  As he washed them from a basin with his back turned Arch leaned over the bar to see where the man had put the stones. He noted a five-gallon can half-filled with them under the bar. He pulled back, but not before Ahmed saw him.

An uncomfortable silence settled over the bar. Arch drank his drink in sips larger and faster than he’d intended. Finally, he broke the silence.

Ahmed mixed and then walked over to place the glass in front of him.  “He has no money, and the drinks help him.  So, I accept the stones in payment.”

Arch looked up into Ahmed’s face, noting his many forehead lines, a pencil-thin mustache, and work-worn hands. There was no weakness or lack of life experience in the man’s character. Not that Arch could see.

“What do you do with the stones?” he inquired, truly curious.

“When the bucket’s full I dump them in the water,” Ahmed replied as if challenging Arch to go on.

Arch drank half his rum and coke down.  “Why?” he asked after setting the glass back down.

“Why what?” Ahmed inquired, furrowing his thick black brow.

“Why do you give a man drinks, day in and day out, for nothing except worthless quartz rocks?  Hell, if you did that for everyone you’d go broke in a week.”  Arch lifted his glass again as if to make his point with more strength.

“Do you see anybody else trading rocks for drinks?” Ahmed replied, motioning down the full length of the empty tent. “There is nobody else. Allah sent that one man. And so, because Allah wills it, I give him drinks for the quartz rocks.

Arch leaned back in discomfort. “But you get nothing for what you give.  What does he do to get the drinks? Nothing!”

Arch finished his third rum and coke with a flourish when he finished, gently settling his glass down in front of the Lebanese.

“You’re Christian, aren’t you,” Ahmed stated, not in question. “Probably Catholic. You don’t understand. Your religion is built on your economic model. You pray to God and offer Him things. Prayers acts you will commit or not commit. In return, you entreat your God to do things for you. You have an accounting relationship with your God.  The Moslem religion isn’t like that.”  Ahmed took the empty glass and went to work refilling it.

Arch thought about what the man had said. He wondered if three drinks were making him see things clearer or less clear.

“So, you give the guy free drinks because you think Allah sent him and you are required to do your part?” He asked.

Ahmed breathed in and out deeply, setting Arch’s filled drink aside. He turned to face him.

“Allah sent both of you. That man, a vagrant in need of help, and you a disturbed man in need of a different sort of help.  I help him as I can, but I don’t know what to do for you. Allah will guide both of us.”

“So, it’s all about Allah, all the time?” Arch asked in surprise, and to deflect the discussion away from any help Ahmed felt he might need.  “I don’t understand.”

“It’s because you believe God does things in your world as He responds to your needs. When things go wrong you abandon God until you come to another point of specific need. Moslems don’t think that way. Allah does His will. And we pray that Allah will do His will, whatever that may be. You genuflect when you enter your church and when you leave. You kneel in a pew and pray for things. We genuflect, in our way, and that genuflection alone is our prayer.”

Arch drank the entire rum and coke down without stopping. When he was done, he set the glass very carefully in front of him. Ahmed moved to take it, but Arch covered the top of his glass with one hand, holding onto it.

“I don’t know much about God or Allah, but I think all three of us agree I’ve had enough.  I must go think, and maybe do something else for a living.”

Ahmed smiled a huge smile and then began nodding his big fat head. Arch looked back over his shoulder as he left, wondering what’d made the man so happy.

“You’re welcome,” he whispered to himself, long after the man was gone.