GORILLA IN A SUIT 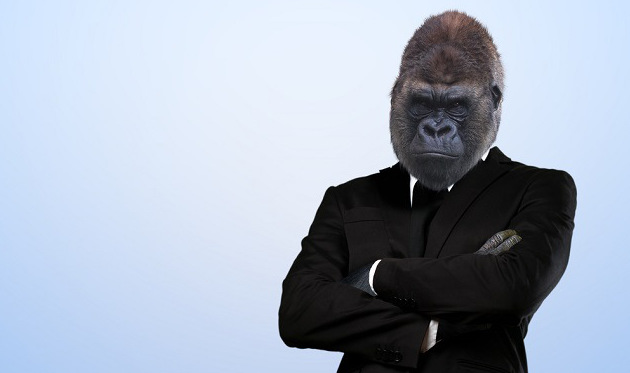 My life in the America I have known will not be going on for too much longer.

Oh, I’ll still be alive, for the most part, but the America that so admired and loved John Glenn and then mostly voted for Donald Trump shows the underpinnings of a place I am about to come to know in a new way. I have wandered the hills of Eritrea, climbed the mountains of South Africa, sailed the seven seas of the world so many times I cannot count but I always had this rather idyllic place to come home to.

Not because it was home but because I would not be shivering in fear anywhere at almost any time within its borders. That was not true out there in most of the rest of the world. I was pretty much of a grandly successful player as a spy. I feared disease, parasites, lack of any medical care, and the complete ignorance of many around me to the basic tenets of science. I saw death coming from those causes all the time in this places, and now I see it coming in such startling detail in this country I’ve so loved and cared for. I know that almost nobody around me can see it, nor do they want to hear it. America did not do so much damage to its citizens with this vote. It did deep and abiding damage to its children and their children after that. What an awful Christmas present to the young.

A wrapped gift, with a big bow, the wrapping removed to reveal a box…and out pops Donald Trump, to take these kids place and put them in that box, to be wound up and popped open at his pleasure. In only one year, if the country gets that far, we won’t be able to find anyone who says they voted for the man. The ignorant will once more fade into the background to lurk and wait with sullen anger until the next likely thousand pound gorilla comes by to latch on to.