Happy Thanksgiving to Everyone

Happy Thanksgiving and Thanks for Giving

There are no notables I recognize in the booth in front of the parade on television anymore. Maybe I just got too old to recognized today’s notables. The balloons are of stuff that I recognize but don’t really interact with; angry birds and wimpy kid characters. I am told these two images are among the most widespread on the planet and that’s cool because they are indeed quite cute. I have attached a screenshot of a brief moment of the passing parade merely because I finally see a balloon I recognize. the Sinclair Oil dinosaur. Brought back through the years from my childhood. Back when we thought oil was from decayed dinosaur bodies instead of condensed sweat of Filipino slaves in Saudia Arabia or the passed gas of ancient American’s stored under the U.S. continental crust…. 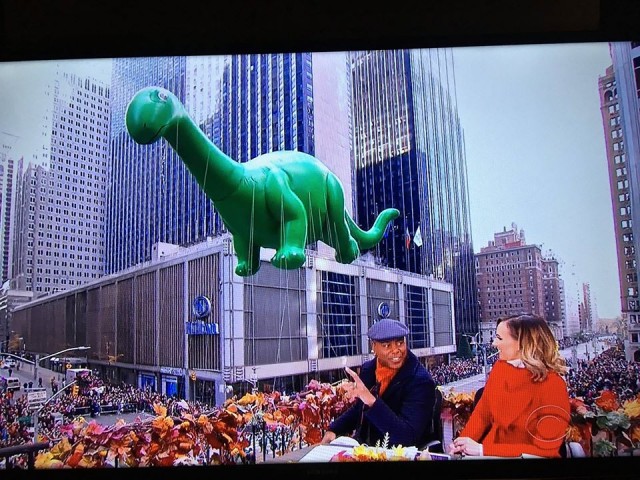