Honor Off The Glory of Russia Cape, Part Two 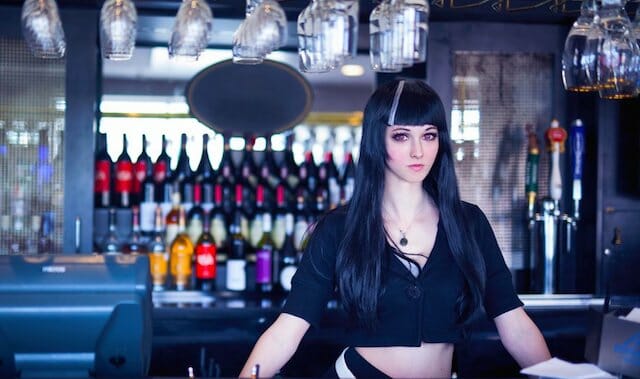 HONOR OFF THE GLORY Of RUSSIA CAPE

Donald injected the morphine into the muscle of his left thigh, making sure not to hit a vein. It was called skin-popping, and using only muscle penetration he could float like a butterfly instead of passing out and losing the sense of warm comfort the opiate occasionally gave him. He’d never been addicted. Piss poor supply had assured that. Real ten molar morphine sulfate in pharmaceutical form (he would never have dreamed of injecting anything from the street) was rare to get ahold of. It was particularly rare to find a medical clinic like he’d found aboard the ship, wherein the drug was purchased in Russia and not accounted for to the DEA or reported to an American agency. The ninety-year-old doctor hired by the ship had been quite loquacious about that. The ship always brought aboard ancient retired doctors so they could handle fair paying passengers with the proper certificates. The doctor never had to do a thing. If anybody got that ill they were evacuated by helicopter or Coast Guard Cutter, or so other crew members said. Donald’s medical job, with credentials he’d manufactured himself, was equally as meaningless. He could take a temperature, read a blood pressure machine or even do stitches. Nothing else would ever be expected, and certainly, little more could be provided.

Donald lay atop the bare mattress of his rack, not tied down or using any of securing equipment. He liked being bounced around in the dark, biting the clouds, as the old Chinese used to describe smoking straight opium before it was outlawed.

There was a knock at the door. Donald almost didn’t hear it through the clouds of pleasure that were rolling over him. It came again, and again, followed by a whispered voice he couldn’t make out. A female voice.

Donald rolled off the bunk and was immediately splattered when the deck rose up and smacked him. He crawled on the floor like a snake, not even able to get to his hands and knees, the ship was jinking and jumping so badly.

“I know you’re in there,” the whispered voice said. “I’m not going away. I have no place to go. You’re my last hope. If you don’t let me in then I’ll die right here outside your door and there will be a big stink. And you’re not supposed to lock your door. That’s suspicious right there.”

Donald groaned. The effect of the light hit of morphine was fast fading as adrenalin from being tossed about and a small spike of fear began to take hold of his mind. Who was the woman and what did she know? He hesitated, crawling up the door like a spider money, and then hanging on the edge of the shower with one hand and deadbolt with the other to remain standing. Suspicious? The last thing he needed was any suspicion at all.

He opened the bolt and the door immediately swung inward, knocking him back to the deck and sending him sliding across the cold metal of its poorly painted surface until the top of his head hit the inner side of the ship’s thick hull. He groaned in the darkness, hearing the door slam shut and the lock being turned.

There was silence in the cabin, except for the sound of the sea pounding against the bottom of the hull and very slight and distant knocks and rattles from things shifting in other places nearby, but unknown.

“I presume you’re in here,” Donald said, pressing his back against the hull metal for stability and rubbing the knot on the very top of his head. “What do you want. I don’t have any medicine in here and the medical quarters are locked until morning sick call.”

“You have to help me,” the woman’s said, her whisper that of a pitiful and wounded prey. “I’m a bond slave on this ship. I’ve been aboard for six months and they’ll never let me off because they bill me more for my cabin and food than I make. I now owe twenty-two hundred U.S. dollars and I don’t have anything. Mustafah wants me to work it off by having sex with him but he’s awful. I can’t do it.”

“What in hell am I supposed to do with that?” Donald said, keeping his voice low. He still didn’t like the word ‘suspicion’ the woman had used. “Who are you? Do I even know you? Where are you from? Your accent isn’t something I can place.”

“I’m Crystal, the barmaid. The one with the black hair.”

The Barmaid. Crystal was the raven-haired stunning beauty every man aboard would give his eye teeth just to be near. He stopped rubbing his head. Suddenly, he felt much better than even the morphine had made him feel. He was in his cabin with the door locked with a truly luscious creature.

“Okay,” Donald said, acting nonchalant and cool. “I’ve seen you. You’re okay. A bit on the young side. What do you think I can do?”

“Pay off my debt,” the woman said. “I’ll be your slave for as long as it takes and then you can take me off this floating hellhole and I’ll do what you want for a period of time after that.”

“My slave,” Donald mused, more to himself than the invisible woman. “What do slaves do?” he finally asked, knowing it was kind of a really dumb question.

“Anything you want, whenever you want,” Crystal said, her voice going low and a bit sexy. “Anything.”

Donald felt a shaft of hot lava flash up and down through his spine, to lodge somewhere down near the bottom of it.

“If that’s so then what difference would I be from Mustafah, and what he’s trying to do?” He waited after he said the words.

He wanted the woman. What man would not? But he was deep into doing something that would set up his life and the life of some important others for the rest of his years. He couldn’t be saddled with a companion of any sort. He had to be able to move fast, free and unfettered about caring for anyone except himself. There was no way.

“I’ve seen and watched you too,” Crystal finally responded, “I don’t want Mustafah. He disgusts me. But I’ll take you. Really take you.”

“I’ve got the money,” Donald said, not believing what was coming out of his mouth. “I’ll do it.”

He didn’t move after saying the fateful words. He couldn’t believe what had likely just transpired.

“Praise fucking Allah,” he breathed out, shaking his head in the dark.