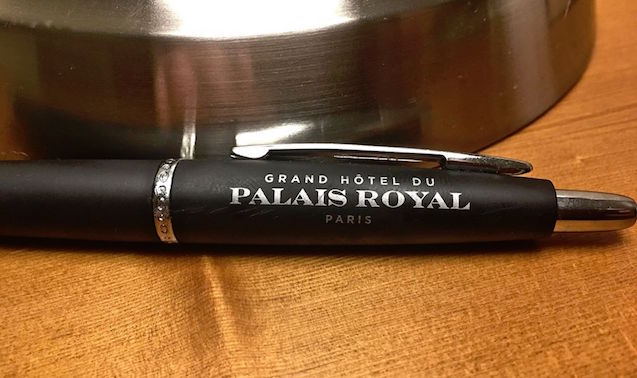 Walking along on a street called Ke Nui in Hawaii, I found myself lost on this back road in a developed area on a small island where it’s almost impossible to get lost. But there I was. My cell would not work, and I was getting tired of walking around in shower shoes, things not meant for hiking long distances. I knew where the ocean was so I headed in that direction, down a short dead-end street, made out of more red dirt than asphalt. The grit flowing over the lips of my cheap beach wear wasn’t pleasant, and the appearance wasn’t going to be too good either. Before I could reach the beach and orient myself, though, I paused to watch a woman sitting in her car jerking away on her center-mounted transmission stalks. I tried to ignore her plight and slip on by, but one of my shower shoes slipped and rolled out from under me. I almost went down but righted myself by falling onto the front fender of the woman’s car. I looked up and our eyes locked. I saw the desperation in her eyes and she must have seen the “oh please, I don’t want any of your problems” in mine. She looked away in disappointment. I looked down in guilty shame, and moved a few feet away from the car. 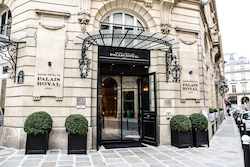 My eyes caught upon the object that had forced me to come in contact with the car and thereby the woman inside it. The object that had tripped me up was a black pen. I picked it up. I’m a writer, so when I find a writing instrument laying on the sidewalk, or abandoned somewhere, I always look upon finding it as some sort of omen. The pen was black. Not high quality, but not a Bic either. I read the silver printing on the side. It read: “Grand Hotel du Palais Royal” and underneath, in smaller letters, it said “Paris.” I was struck. I looked up at the woman who was again looking back at me.

The Palais Royal was the only hotel in all of Paris, which has thousands of hotels, that I had ever stayed at when I was traveling abroad for Central Intelligence. It wasn’t a cheap place, but it wasn’t the Ritz or even the Intercontinental.
Its big attraction had been its central location, and the fact that it was one block across the street from the Louvre, my museum on the planet 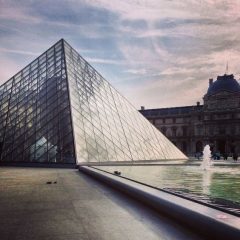 It wasn’t the museum itself that was most remarkable to me, because all of its statues were covered in a half inch of dust because the French are not real industrious when it comes to museum cleanliness. No, it was because I could sit all day long, eating those addictive ham and butter sandwiches sold by street vendors, and stare at the I.M. Pei (The Louvre Pyramid) entrance. How could a pen, that pen, from that place, be found by me on a rather small island in the middle of the Pacific and at the end of a tiny nothing street? It just didn’t seem possible within the realm of any probability theory. I just knew coincidence could not account for the enormity of that kind of connection. As a former high caliber agent, retired from working in foreign intrigue, I concluded that the pen had a purpose in being placed on that rough roadway and that I had a purpose in being interdicted by it.

I looked up at the woman with a frown of concern and new consideration. I approached her open driver-side window.
“My transmission won’t shift out of park,” she said, as if I was some sort of itinerant auto mechanic waiting for a customer.

“Who are you?” I asked, going right to the heart of the matter.

“Henrietta Wilson,” she replied, before trying the shifter a few more times and then going on. “I’m a teacher at the elementary school, and I can’t get to work.”

“You want me to take a look?” I asked, skeptical but thinking that maybe the situation was exactly as it presented itself, and not some Russian plot to take over the world.

Henrietta stepped out of the car and I got in, the pen still in my left hand. I looked down at the shifter located between the front seats. I spotted the plastic tab next to the lever and pried it off with my fingernail. I took the pen and shoved the point down into the hole until I felt a click. I grabbed the shift lever with my other hand, pushed the button on top of it and shifted the car out of park into neutral. I got out of the car and showed Henrietta what I’d done. I told her that she might have to do it every time she drove the car until she got it to a mechanic. The problem was likely to be simple, but too ‘electrical’ for a regular person to fix.

Henrietta got into the car and started it, thanking me profusely. She took out her cell phone and asked for my number and address. I told her I was on vacation and lived in Wisconsin. She didn’t care, typing in my data as it was forced from me. She waved and drove off, telling me she might be late unless she hurried.

I watched her go before my mind started working properly again. I had the Paris pen, my dirty flip flops and I was still lost. I walked onto the sand and went down to soak my feet in the lapping surf. Then I sat down to consider.

When I got home a week later (I had finally found my way back to the rental house on the beach), I went in to check out what was going on at my office. I get all my mail from a P. O. box on Broad Street so my secretary handing me a stack of envelopes was a surprise. My second surprise was in noting that all the envelopes were from Hawaii. I then recalled I’d given Henrietta my office address instead of my mailing address. I opened the envelopes one after another. They were thank-you letters from the kids in Henrietta’s third grade class. There were the cutest drawings of all kinds of Hawaiian things, and the kids also wrote the nicest things about me.

Sometimes God puts people in your way and proper attention should be made of His acts. Henrietta got her car going and off to class on time. I got to sit here at this table writing this Op/Ed about how great it is to get a whole raft of neat letters about me from some great kids I’ve never met.

I kept the Paris pen and it’s right here in my briefcase. The pen is out of ink. But then, God did not intend for the pen to be written with, anyway. Sometimes God puts people in our way, and sometimes He puts Himself in our way. Sometimes He does both.