In The Name Of The Father.. 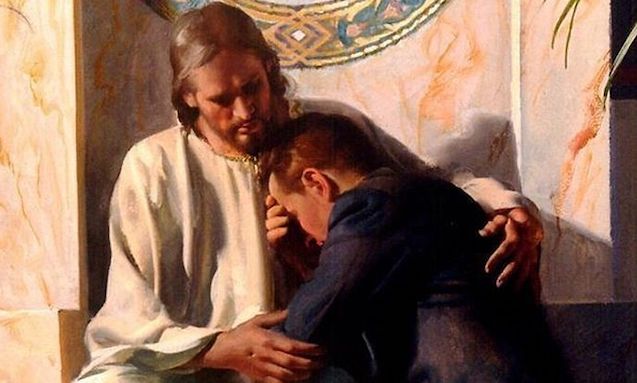 In the name of the Father… a prayer.

A prayer that is as endemic to the Catholic Church as the existence and continuance of the pope. “Give us this day our daily bread; and forgive us our trespasses as we forgive those who trespass against us;” What is a trespasser? This wonderful prayer, meant to be so forgiving becomes difficult to understand. Like the prayerful but unwritten rules about friendship and marriage. What are the mores and rules that regulate our relationships? What is there in them that promotes endurance, tolerance and true love?

That’s a difficult question to raise, much less answer. We beat about the villages, towns, and cities of our lives, working away, making and spending money, and doing those things we think promote our own self-development and growth. We do those things without a real solid understanding of how those acts we are commenting about all the time are being taken by others around us, even those who might seem to appear to have a vested interest in our well being.

In the movie “The Outlaw Josey Wales,” one of my favorites, a screenwriter wrote the line “we must endeavor to persevere.” I thought that was funny the first time I heard it, but over time I have come to understand that without that thought process we cannot accommodate the people around us. How do we get by if we hold them to some sort of perfect standard? We don’t get by, because we are all so flawed as human beings, on being measured to any standard of perfection. We end up with the lack of that kind of thought (sometimes called righteousness) and action being exercised against us. When we find fault in others it would well behoove us to do some soul searching of ourselves. Are we ready, truly ready, to throw that first rock?

You cannot speak openly about forgiving friends and family, either here or in public in other mediums. To do so is to illustrate the very things that that person, he or she, might have committed to bringing forgiveness to bear. And on this social media network, that is a version of the troll behavior called the ‘accusations of death.’ Or at least that’s how I term them.

The prayer (Our Father) ends with these lovely words that were finally accepted by the Catholic Church in the sixties: “For thine is the kingdom,
the power, and the glory, Forever and ever. Amen.”