Island In The Sand, Part XXIX 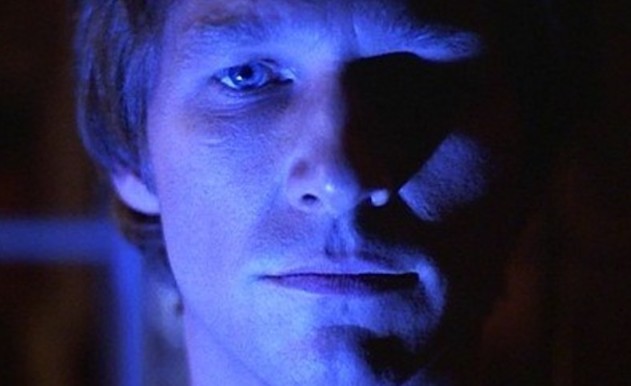 ISLAND IN THE SAND

Star slept like she’d never slept in her life, awakening knowing that the depth of her sleep and her feeling of renewal and near total recovery was different from any other ‘get through the darkness of night’ experience of her life. She lay in the bed on her back, slowly coming out of her deep sleep as if rising from the bottom to emerge rested, but disoriented, while floating on the comforting sea of life.

The realization that she was once again on the side of Jameson’s bed nearest to her own jolted her thoughts to the point where she sat up and prepared to leave their warmth and softness. She was not alarmed. No sound had awakened her. Jameson was not in the bed, but her rifle was by her side. Star checked her clothing, but nothing was amiss. She wanted to toss everything off and rush into the bathroom for the first shower she’d had since her life had so changed, but she had to orient herself and the children first. There were no sounds of explosions, gunfire or anything else reverberating through the dwelling, not even at the most distant levels.

Star listened as intently as she could before launching herself from the bed and into action. Remaining unmoving and silent had saved her life more times than she could count, but her life wasn’t her own anymore. The children counted for almost everything. They were the future and had to be protected through the present in order to get to that future. She laid back again but didn’t close her eyes. The thoughts she’d had and shared with Jameson still reverberated through her mind.

There was simply no other logical explanation for some of the things she’d experienced in the facilities, and at the hands of what she’d first assumed to be the artificial intelligence entities left to run things until mankind recovered and reclaimed some of its stored past inventions and genius.

Star needed Wren, but first, she went into the adjoining bathroom and threw off all her clothes. There was an interior bolt on the metal door. Star stood naked, looking at, first wondering why an interior door would be made of the strange nearly impenetrable metal, but then shrugging the information away for later consideration. What would happen if Jameson came back and she was in the nearby shower? She looked over at the shower head and back at the locking mechanism. The shower was in the corner with no glass or blocking material between someone using it and the door.

Star made her decision and walked barefoot into the shower alcove, leaving the door unlocked behind her. The lone hot shower proved to be one of the most satisfying and comforting experiences of her life. Jameson had not come into the bathroom, and she wasn’t certain, as she toweled down and reluctantly got back into her unwashed clothing, whether she had wanted him to or not. She threw her hair back into a ponytail tying it off with a bit of string she’d found in one of the drawers. The other contents of the many drawers and cabinets were mostly mysteries as to function but they would have to be examined and considered after the more immediate needs of the band were met.

Star did not get the luxury of laying back down to rest and reflect on how good it felt to be truly clean again, because an explosion thundered through the entire dwelling just a she was about to lay on the wonderful bed once more.

Star bolted for the door, her drying hair swinging around and over her shoulder as she pushed her way through the door to the hall. Smoke and roiling dust flowed back at her so she entered the hallway bending down to get just below the choking cloud. Small robots ran everywhere, most heading down the hall toward the bedroom where Sly’s band had fired through the exterior wall.

Jameson was crouched down, his rifle at the ready when Star got to the end of the hall and was able to stare upward through the smoke to see another hole, this one penetrating from the interior of the damaged bedroom through into the hall.

“I thought the house said it would take Sly a long time to get into the bedroom,” Star said to Jameson, squatting down to join him on the floor.

“It did,” Jameson confirmed.

“Then, what the hell?” Star breathed out lightly, not wanting to inhale too much of the smoke and dust.

“House,” Star yelled upward, “how has Sly been able to access the bedroom so quickly?”

“The bedroom you appear to be directing your question toward has not been accessed by the group of humans you make reference to.”

Star tried to think clearly for a moment before responding. The house’s response didn’t make complete sense. She had not directed her question toward the room but toward the dwelling artificial intelligence that controlled the room. And how had the house deduced a conclusion on its own about the boys gathered around Sly being ‘referenced?’

“Get Wren,” Star ordered Jameson, bringing her rifle up to point at the new head-sized hole the small robots all were clustering around up high on the outer hall portion of the wall.

Jameson came to his knees, brought his rifle up to port arms and then ran back up the hall toward the main part of the house.

Star waited, wondering if she should proceed to ask some questions of the house that might reveal more about what the dwelling and the energy complex really were and how they’d come to be. She thought of a few vital questions but each one she came up with could easily be answered with a lie that could not be disproven.

Wren and Jameson came running up behind her through the dissipating smoke.

“I filled her in about what you told me last night,” Jameson said, kneeling to assume the guard position he’d abandoned to go and get Wren.

“It’s hard to believe,” Wren whispered as if whispering would keep the house from receiving and interpreting her words. “But it would answer so many questions, even if getting the answers might be another form of really bad news.”

“I need to test it,” Star said, trying to engage Wren’s assistance but not lay out what might be needed in detail.

“I got it,” Wren answered, this time speaking in her normal voice.

“House,” are you sending or transmitting anything electronically to any entity, place or ship, or have you done so at any time in the last ten rotations of this planet?”

Star marveled at the small, seemingly innocuous child the young girl came across as but said nothing while they both waited for a response.

“Sending and transmitting are both interpretive words,” the house replied.

Again, Star noted that the entity did not answer the question, instead vaguely suggesting that there might be problems understanding the motive words driving it.

“To whom have you been sending or transmitting information to?” Wren continued.

“The sharing of information cannot be answered in the format asked at this time,” the house responded.

“Let’s deal with the current situation before going back to this,” Star said to Wren. “It obviously does not want to answer these questions which are the answers all by itself.”

“Agreed,” Wren said. “House, how is it that there’s a smoking hole in this wall but Sly’s band hasn’t gained access to the bedroom behind it?”

“The weapon used to attack the walls was inserted into the damaged hole and used to penetrate the second wall. This result was unforeseen in my earlier communicative conclusion.”

Star tried to concentrate. Her fears about the origin of the dwelling, the energy complex and everything around them was both raised and lowered at the same time.  The aliens, if that is what they were, were either there, not there, good or bad, or whatever while Sly’s band was held off for a good bit of time, because shooting small holes through the extremely hard material of the walls was apparently a long way from being able to penetrate them for entry.

“House, do you have the capability to disable Sly’s weapon and nullify the effect of his band’s attacks?”

“That is within my capability, however, damage might be sustained at a terminal level to all or some of the humans currently occupying the structure. The construct of the human body and it’s mortality and morbidity remains conjectural when it comes to the application of electromagnetic pulse applications of a high order.”

Star sighed out loud, and she pushed her drying hair back. It was almost enough to be clean, washed and rested, but there were the kids to consider. The likely fact that they were dealing with totally unknown alien technology and motivations weighed heavily upon her. Their decisions were not, and had not, been their own since they’d come down the chute into the storage room. It had simply been made to look like the decisions were their own.

“What’s an electromagnetic pulse?” Wren asked, more to herself than any of them present.

“A quantum plasma is created and then generated…” the house began explaining, but Star cut the entity off mid-sentence.

“It doesn’t matter, for right now. Let’s assemble everyone in the living room and figure out how we can leave, or do whatever it is we need to do to allow the dwelling to take care of Sly’s band, at least for the time being.”

Her thoughts went to the transport because there was no way she wanted to abandon that conveyance, or whatever it really was, for any reason at all. Would they all fit aboard? And, if that was not possible then what about the mysterious tunnel running under the dwelling back to the complex where Jordan sat silent and waiting.

Ninety-One sat quietly near the fireplace when Star got to the living room with Wren and Jameson. Although silent, the big tracked robot loomed over the assembling group.

“Ninety-One,” Star said, leaning into the front of the machine. “Can you help us with any of this?” she asked, before realizing that the robot probably knew little of what was really going on.

“Of course,” the robot immediately replied. “I am at your service, as a member of this tribe. You simply need to give the proper orders to these other uninformed entities, because they lack direction even though they do not want to allow you to understand that they lack and need some direction. It’s been too long since their programs have been updated.”

Star felt conditional relief in listening to the robot’s words. Every time the service robot spoke, since her band had run into it, the machine had given sound advice. At what point did that advice service it’s creators over her own tribe could not be determined, and was there anything at all in working with the aliens that did not come with significant conditions?