It Is All About the Money… 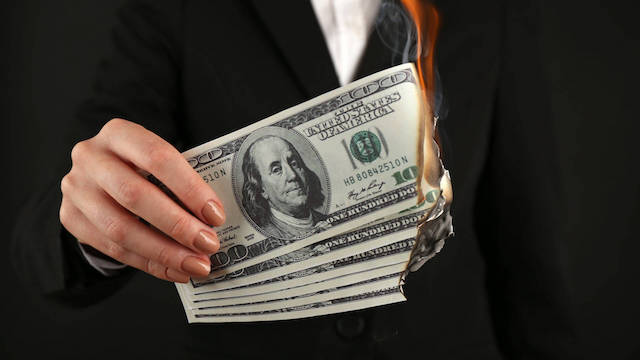 All About the Money

It is about the money.

Where did it come from? First two trillion, and now three more. The gross revenue from all sources for the country was only 20 trillion. The total taxes collected in 2019 was 3.46 trillion. In 2018 it was 3.22 trillion. Where is this seemingly filled hole of impossible depth disgorging this cash from?

You could say that they are simply printing the money at the Federal Reserve, and handing it out. Five trillion is a lot of money. It has to come from somewhere. If they simply print money then all the money out in circulation is devalued, and when we are talking about five trillion dollars we are talking about one helluva devaluation. When is that going to hit, and what are other U.S. dollar holders and economies going to do with what they have left?

Please try to get a grip on the enormity of the likely effect on the U.S. economy in the coming year. The entire rest of the world has only a gross revenue of 60 trillion, with China being about a fourth of that. How rich is the U.S.? Plenty rich when we start comparing. The U.S. defense budget is bigger than the GNP of all but twelve of the total countries on earth (of which there are about 193)!

There are literally trillions of dollars being held in offshore accounts wherein the people and companies that own them are kept forever secret. There are trillions of dollars right in America, kept and held by the wealthiest, a force that has grown so powerful it is called the one percent, but fearfully, quietly, and yes, they got the $1,200 apiece!

Race is about money. About the money that has been denied to blacks in America. It is about the denial of opportunity to get that money, except by certain exceptions trotted forth like Justice Clarence, Tiger Woods, and more. Unless there can be a redistribution then all that will happen over Floyd will be another statue. After WWII the U.S. took over the world, and that's a financial fact, Jack!

But what kind of a steward have we turned out to be?