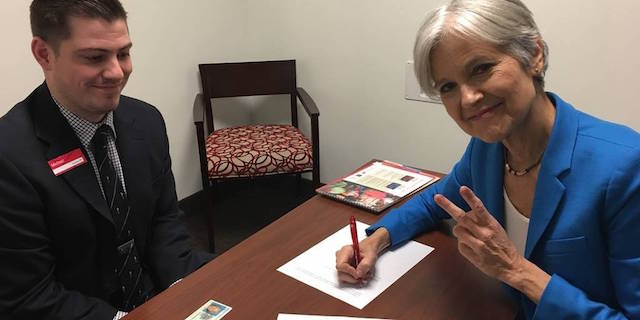 Let’s see, a whole lot of people contributed to Jill Stein’s recount effort, thinking she was trying to bring some honesty back to the U.S. election system. She collected around nine million for the effort. She proceeded in Wisconsin and Michigan where the cost will be about five million to complete next week, The Trump asshats took her to court in Pennsylvania and she was supposed to post a million dollar bond. Which would have been no problem with all that cash. But she refused, thereby dumping the whole recount point of the exercise.

Nothing can be changed now. And she sealed that fate. Oh, and she gets to keep the five million or so left after the Wisconsin and Michigan, now meaningless, recounts. They are all crooks. Jill Stein right in there with the rest of them. She gets to keep more money from this fraud and ruse than she collected during her whole campaign. Jill and Donald and the mass media are exactly why civil war is coming to the USA. And take the constitution and shove it, from my viewpoint.

Jill Stein has declared that she will continue to pursue suit in Federal Court. Should we hold our breath?

I am going with the Declaration of Independence, which is a lot more applicable today than it has been since the original revolution. I hope this phony environmental woman uses the millions to buy an ocean front home on some beach. Now that would be proper irony! 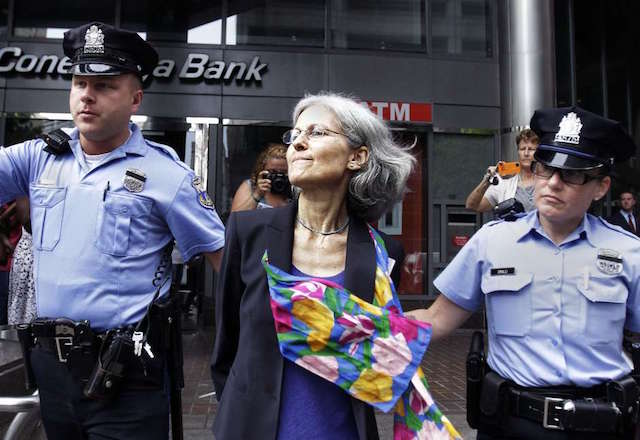 Photos from arrest of Jill Stein at the Conestoga Bank next to Fannie Mae August 1, 2012.