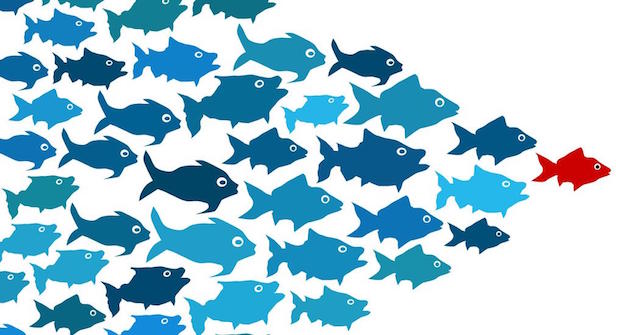 Let him lead?
Really? I mean really? Just where did that question, answered in the positive, ever have a place on the American scene? Did Bill Clinton get to lead, or did he have to fight and compromise on just about every issue? What about Bush? And Obama? You’ve got to be kidding me! Lead? Obama was opposed and denied and stalled and insulted by the republican opposition on his every move. He was never able to close Guantanmo or get out of Afghanistan,’ or even get the kind of Obamacare that would have finally controlled the big insurance companies.

And now we get to a time where the big galoot of a used car salesman’ is supposed to be allowed to lead without opposition, or any fetters at all. “He won,” “he’s now our president,” cries come up from the cold bitter steel laying at the foundations of rural America, and the complaints continue to grow into a single pitiful lament: “Just let him alone to lead!” No.

Not on your life or my own. That’s not America. We don’t let anyone lead. We make them lead, and we make them lead through a morass of pain, suffering, disagreement, division and outrageous fortune because that is who we are, and how the Constitution set up things to be. The founders saw value in compromise. They saw it as the only way to prevent totalitarian rule. And totalitarian rule is what so many facets of a dumbed down public want. They wanted it back then too, but the founders were bright enough to know and seek to prevent it. Our leaders suffer through their terms, and each and every one will tell you that after they get out of office. It’s part of the job for them, and part of the process for the people.

This dissent over just about everything Trump does or says is watching freedom applied and at work in a great fabulous country where everyone gets to have some sort of say or another. I get to write this and have many people read it without the police coming to visit or Facebook shutting me down. You gotta love freedom. And you can say anything back! And the very worst I can do is dump you….

And then likely take you back because I am an American too.