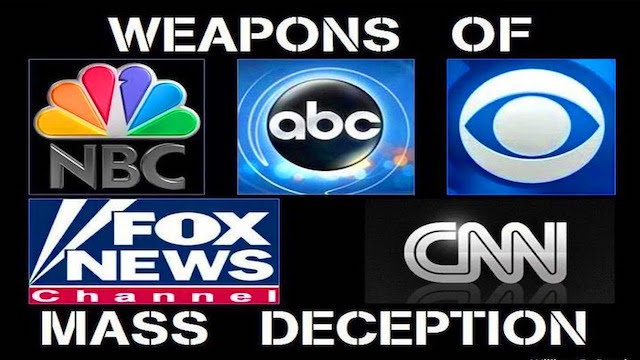 Just how do you think the mass media is going to keep everyone on the edge of the their seats until the election? They've got to do it. It literally means billions to them, and so they go to work. Whatever it takes to continue to whirl controversy on both sides of the aisle. America cannot know. It cannot know that the forces behind mass media are those unknown and undiscussed world class villains killing humanity in order to rule over it as it lays thrashing and trying to survive. America has been such a great bastion of freedom, trade and inventiveness, and now is taken down by anonymous assholes allowed this kind of power.

Nobody knows much of anything about either Clinton or Trump, except for what this conglomeration of mass media tells and shows it. And note that it goes back and forth, more like a tennis game than life. First a hard served is hit at Hillary, then back at Trump and then at Hillary again. Each 'serve' harder and more flamboyant than the one before it.

We get down to the last few days, and then minutes, as they ratchet this 'game' up, but it's no game. It's our lives. Somehow the mass media owners have to be identified and made into hard targets, or society and culture in America, as we've known it, is toast, no matter who supposedly wins.