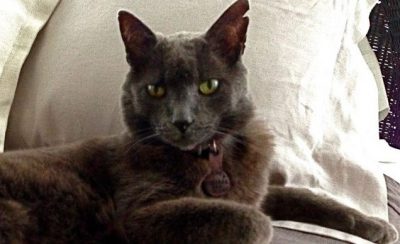 THE MEANING OF LIFE

A long time ago a television show came on the air discussing life on earth, its meaning, and the billions of beings comprising what has come to be known as this thing called intelligent life. In the television show called Star Trek (and in movies bearing the same name) the space ship Enterprise traveled throughout the known universe going from place to place, looking for ‘any signs of intelligent life.’ To date, or at least as far back as mankind can estimate and has been gazing out there into the universe, the number is about seven billion humans, five hundred million dogs, six hundred million cats, three million dolphins and a million whales. The numbers can only be estimated since humanity has not yet developed the kind of sophisticated scanners used in the science fiction series to measure such things. The question of identifying life is a relatively easy one to define and does not require close scrutiny. The difficulty in making any determination about intelligent life is that dicey word intelligent. “I think, therefore I am,” the defining phrase of intellectual existence is generally thought to have been coined by French philosopher Rene Descartes, but it’s probably much older. And if that phrase is used to define intellect, then how would anybody know? Without the ability to also express intellect then what’s the difference between a human and a tree, except for a few leaves, branches and the ability to move?

Is intellect not truly a thing to be measured by others, but only to be (prospectively) considered by the holder? It’s a bit easier to consider the problem of assessment of intellect if the relationship is between a human and a member of a different species. Take for example the relationship between a man, or a woman, and her dog, or even her cat. The animal is observed and judgement is rendered, based more on action than the expression of any verbalizations. Yes, dogs and cats are capable of ‘speaking,’ but their vocabularies are extremely limited, when compared to humans. The pet comes on command, or does not. The fact that the command was learned at all demonstrates the possession of intellect, but if the pet fails to come when called, then the intellect is often adjudged to be much less than if the animal had responded as expected. This criterion may be leading to erroneous conclusions, though. As most people know, cats have been sharing our homes since the days of the Egyptian Empire, so the previously noted analysis for intellect might be skewed, because it’s fairly obvious that cats know when they are called to come, but many times (in fact most times), they choose to ignore the order or request. So what is intellect?

I.Q. tests are administered to all young school children, at least in America. At an early age, a human child’s intellect can only be supposedly measured by the results of a multiple choice test. That these tests have been determined to be about as accurate as dosing for water with wooden sticks, has not deterred educators from still using them to judge people throughout their entire lives with respect to how high, or how low, their intellect might be. Knowing that these tests are so flawed, does a person, or group of persons, using these results to indicate or measure intellect, not demonstrate by default almost a complete lack of intellect on their part? There are other even worse examples of the misuse of intelligence measuring tests and devices. Gorillas in captivity have been tested many times for intellectual prowess. Some have been found to have as much intelligence (actually displayed) as their human captors. No gorilla has ever been freed to roam freely among any human social order, however. Whales and dolphins, adjudged over time to have at least the same intellectual capacity as humans, are still slain and their flesh consumed by equally (and supposedly) intelligent humans.

Measuring intellect, as rare as it is, does not tell the whole story when it comes to valuing intellect, either. Survival, self-interest, deception, relative importance and even hunger all play roles in a life cycle on the earth that bears witness to an experience almost too complex to consider. Humans do not, in general, like to see other animals (including humans) treated poorly, eaten, or even diminished by incarceration or disrespect. But humans are driven to survive, and when survival comes into play as a motivator, then such pleasantries as the consideration and judgement of intellect come crashing down. Competition also plays a huge role in a society where most of the real down and out competition for money and high pay is deceptively kept secret.

Why is it important to measure intellect at all? Try thinking about entertainment, cultural advancement, comfort, invention, interest, the human condition, study, expression, art and simply the joy of living in a world understood instead of a dreary void lacking contemplation. To be around high intellect, no matter what the species of animal exhibiting it, is to have meaning in life. I, the writer of this article, lived with a cat, Harvey, for 17 years and I came to understand a different, almost unexplainable and unmeasurable creature of high intellect. A creature that could not talk, but said “oh please,” “you’ve got to be kidding me,” and “really? I mean really?” with great regularity and expressiveness. That expressed intellect helped give life meaning, and it wasn’t until he was not around anymore did I realize that what I had experienced was, indeed, the real meaning of life. All of us need to think, consider and respect intellect in our fellow creatures living on the planet with us. We should then pursue being in the company of such creatures, human or otherwise, so that our own life can be filled with the depth of richness and meaning they can offer.

I may not, and you may not, be a creature of high intellect, but both of us can certainly gain from associating with it.

Harvey is gone, and I will not see his like again until, as the old mountain man said, I see Harvey on the other side. But I carry with me the meaning he gave me.

Get some of that for yourself.