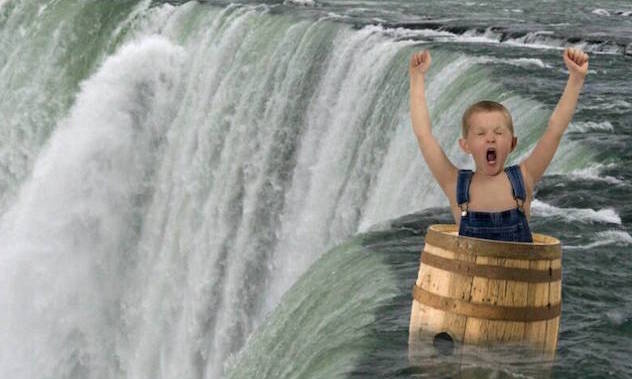 You simply must go back and read and study some history if you want to understand the damage potentially coming to the world when Trump takes office.

The wording of his comments and those of his awful appointed officials is the same as in Germany in the early 30s. Those words are the same as spewed forth by the white supremacists of the time. This is all the same as back then and the people’s crazy supporting response to it is the same. These outrageous maggot acting ape-like men are somehow welcomed in and they do exactly what anyone of any substance or intellect think they might do! How did the people of Germany make out from the Nazi assumption to power? Twenty percent of the entire population dead and the rest fucked up beyond recognition?

And there is a resurgence of this in Germany and now here today?
It is drugs?
Total vapid stupidity?
What? I really don’t get it.
Do you?

Change is coming. It’s like a monster in charge of a row boat full of people floating down the Niagara river toward the falls with everyone partying, smiling and crying “change is coming, can’t you hear it in the distance?”