NO NEWS BECAUSE THERE IS NO NEWS 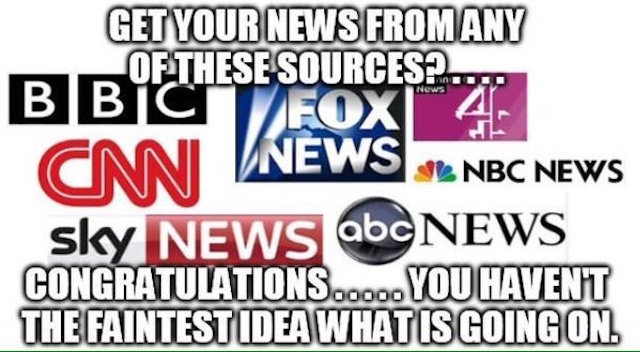 The blithering drooling and vapid delivery of American television pounds most of us into some sort of lumpy grumpy submission.

News bastions from Fox, to CNN and on into MSNBC and the networks bombard us with solid right hooks from Trump and dancing jabs from Clinton until we all feel like either battered survivors of some unremarkable prizefight with no prize or the punching bag used to prepare for such an event. There is nothing to it. If there was something to it then it wouldn’t change very day. It wouldn’t vacillate back and forth. The news would simply report that, although Hillary isn’t that popular, Trump is clinically insane and kind of terminally dumb. And there it is.

Can we be left alone for the next three months to go back to Matthew McConaughey, the Kardashians or even some old movie junk?  I’m tired of it all. They (the owners of media) all found out about the news. All of the media people, from Facebook, Google, the networks and cable on down to newspapers, magazines and radio. Control what people believe the news to be and you control the people.

So there is no news.

None. It’s all made up with the end in mind. The control is the end. Before any of them, and they are now all in the news business now, ‘cover’ ‘investigate’ or write anything, they do so with what control they want to exercise. That’s why almost everyone is mad as hell. It’s not economics, trade or even immigration. Its being controlled and so constantly lied about that what reality there was has been flushed down the mighty ‘news’ toilet of our modern cultures.

What is to be done? Now that’s the damnedest, hardest and most likely violent thing to ever consider.