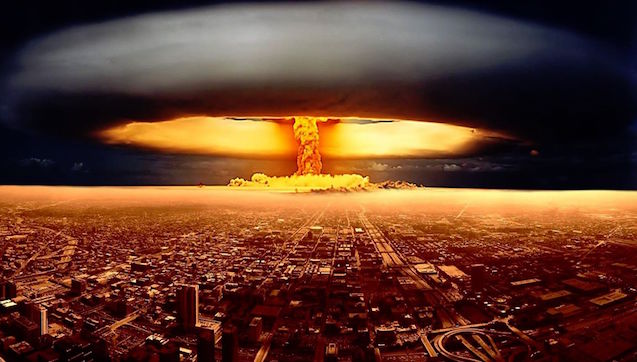 The abomination of today's media. The evidence for this abomination is staring us all right in the face every day and could, by next week, lead directly to the end of the great America dream of freedom and liberty. The media does not care. All they care about is being the ones to determine the music being played on the fantail of the Titanic as it goes down. It is that awful. That a man who is such an obvious scum bag of humanity, if humanity can be so harshly judged, could be the leading candidate of a major American political party is terrible but that the media could be complicit in forcing the election to be almost even near the end, like some ending basketball or football game, in order to build ratings is abominable.

They know Donald Trump. They've always known Donald Trump and yet they are doing what they are doing. The FBI release of nothing should have been no news at all but this rotten media, and the rotten employees who continue to make their money by selling out their country, used this to possibly put an insane person in charge of the nuclear codes. Yes, if Donald wins he will be able to launch on anyone in four minutes time and nobody, nobody, can stop him. That's the system.

We Americans trust the president with that one thing we cannot take back and nobody can stop. And the media does not give a shit that insanity in the old Roman style of Nero or Caligula might be in charge of that. In the style of Stalin, Mussolini and Hitler. It is time that all Americans go against the media, physically, since it is violence that they will quite willingly bring upon the entire earth through their vapid wanton selfishness.