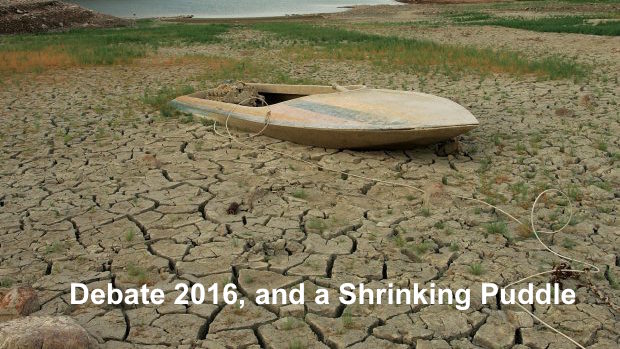 The big debate is coming up with Clinton and Trump.

At this time the right wing whacked mass media, as right wing as Trump himself and maybe just as suicidal, has Trump leading in all polls or very close. He just doesn’t have any people. Few women, Mexicans, blacks, homosexuals, Asians or anybody but there it all is. The polls are as bought and paid for as this whole charade. Here we go again, into another matrix of phony elections.

The stolen outrage of Gore, Kerry, and then this thing Obama, who will be able to finish in office having done whatever the right wing dreamed they wanted done from a black president who didn’t want to be black and so he wasn’t. The nice guy. The great speaker. All he lacks is the shuffle….

Check him out on Anthony Bourdain. Anthony is back, in Vietnam, no less. No, he didn’t go either back in the day.
Now he makes it boring and Obama is in the show. How very very droll and appropriate….

Obama on his nostalgia for the area (Vietnam): “Markets like these, I grew up with when I was a kid in Jakarta. These were basically the only markets available. You would buy pretty much everything in stalls like this. I wouldn’t mind going in there haggling and seeing what I could find.”

Obama on the aroma of Vietnam: “There are certain spices that you can smell in certain countries that you just don’t smell back home. Now there are some smells that aren’t as appealing as well but that’s part of the mix.” 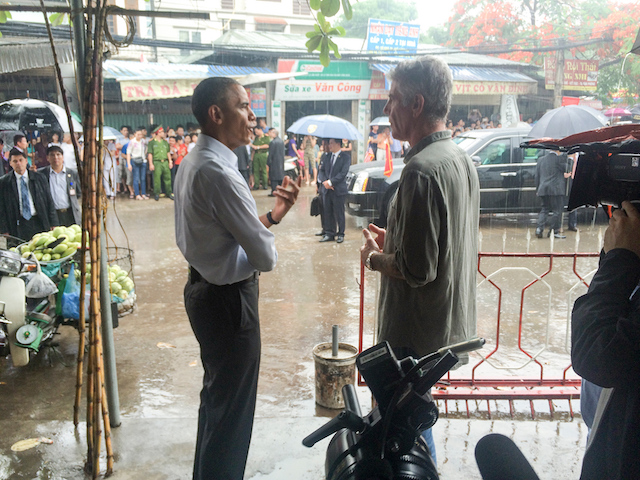 Anthony Bourdain and Barack Obama tuck into a no-frills restaurant in the outskirts of Hanoi for a bowl of Bun Cha and a cold beer. Seated on small plastic stools, they touch on the beauty of Vietnam, hot dogs, and parenting skills.

Read More of the brilliance