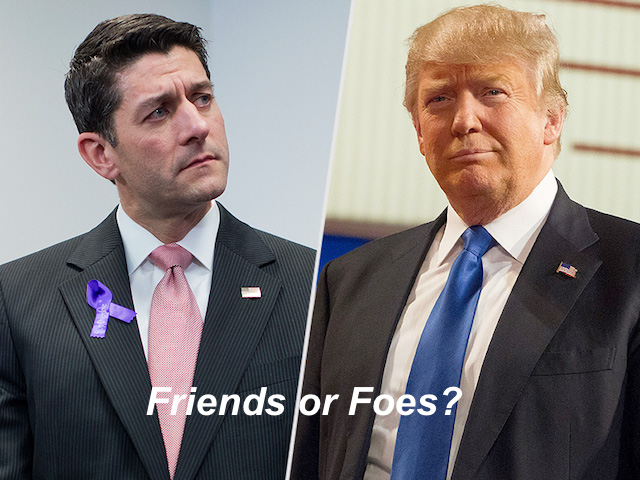 It is entertaining to sit back and watch Paul Ryan twist and squirm under the punishing thumb of Trump. Ryan has to stick to his endorsement of Trump while Trump refuses to endorse him in return. And there is nothing that Ryan can do about it because the republican party is dead set on backing its only contender. So Ryan gets told to take the heat, shut up and follow the party line. The problem for Ryan is that he is right inside the heat and thick of the fight so he knows. Knows what? That the party line is a climbing line stretched half way down the cliff side of a huge mountain and that the end of the line is simply a monkey knot. The fall after reaching the knot, and not being able to hold on forever, is terminal for anyone who sticks with the party on its descent. Mountain climbers learn to climb back up such a rope using their shoelaces. Can Ryan reach his laces? Can he figure out how to string them around the remaining rope? Or is he going to hang as long as he can onto that big knot until he, and the party, can’t hang on anymore? I think he’s going to hang on and he’s going down with the rest of them.

Not that I necessarily mind Ryan. Actually, he’s my representative here in Wisconsin and I’ve met him. He’s not a bad guy. Kind of dumb, and lacking much life experience (although he’s sure got more now than before!). Kind of knew where his bread was buttered with the republican party. He’s really a simple country hick trying so hard not to appear like a simple country hick. Hopefully, he’ll come back to being a country hick out here in the wilds of Southern Wisconsin. He’ll be the better for it. And so will the nation.