THE ONE WHO KNOWS EVERYTHING 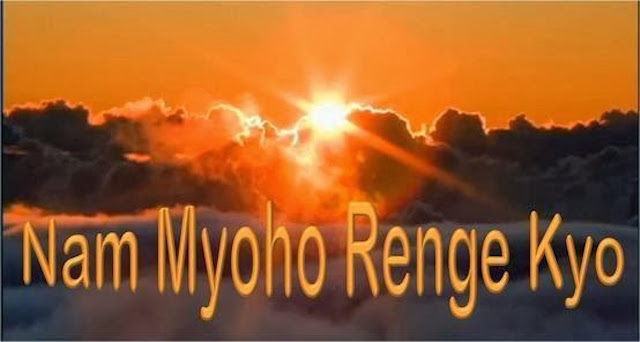 I was just standing there at the base of the clock on the second floor of the Ala Moana Shopping Center. I was passing time by leaning against the post 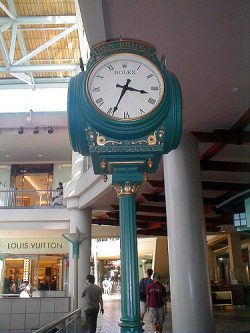 that holds the four directional facing clocks. I had one hand up to my chin, as I was lost in thought about a chapter of the novel I was writing.

An old Chinese woman suddenly appeared about 15 feet from in front of me. She was old enough to be stoop-shouldered, but here eyes were clear and staring into my own. Suddenly, and softly, she said: “may I approach?” I replied, “you may,” thinking the exchange odd. The old woman hobbled closer until her face, looking up at my own, was only about five feet away. “Are you the one who knows everything?” she asked. I stared. The old lady wasn’t kidding. Unaccountably I blurted out: “I am.”

She breathed a few times slowly, her eyes never leaving mine. “If your are the one who knows everything then you must know what the meaning of ‘Nam-myoho-renge-kyo‘ is. I had coincidentally in my past studied the Buddhist religion for a bit and remembered the teachings. “It means that the wisdom of the mystic laws apply to all living things.” That was the closest I could remember. The old lady reflected for a few seconds. “Indeed, you are the one who knows everything.” I thought that was the end of the exchange but she went on, “What does the rest of my day hold in store for me?” she asked. I didn’t know what to say. I was out on the end of a diving board and worried that I could see no water down in the pool under me. “That the remainder of the day will be filled with goodness and light,” I said, with as much serious conviction as I could muster.

The woman literally turned and ran to a younger woman waiting in the distance, yelling “I told you.”. I thought, in a relieved fashion, that that was the end of it, but no, God had other plans.

Fifteen minutes later, out in the parking lot, a Chrysler had parked too close for me to get into my rental driver’s door comfortably. Instead of opening the passenger door I tried to squeeze in, but got stuck. I couldn’t get in or out until the guy on the other side walked up and, by pulling from the passenger seat, got me inside. When he was gone I hunched over the wheel and thought about what had happened. I commented to God: “The one who knows everything had too much for lunch. Is that the moral here?”

I waited but God did not answer, so I drove off.