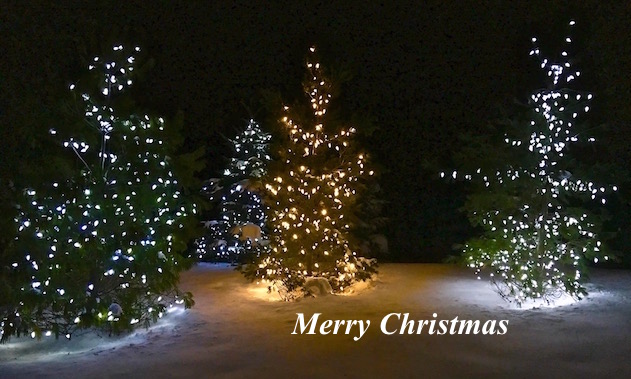 The news came in waves that day and did not stop as night fell.
Their parents were gone. The police had come and the drugs been found and the cuffs put on. Christine knew her parents would not be coming back for some time. They hadn’t been bad parents except when they had to spend too much time being sick or sleeping. Christine was twelve and knew how to handle the house, the food, the wash and even the garbage. It was her brother who was difficult.

Tommy was six and did not understand any of it. Not Mom and Dad being gone, not the police leaving them there alone so some social worker could come who never came. Tommy only knew it was Christmas the next day and that they had no tree. He didn’t even want a present. He wanted a Christmas tree. Christine put him to bed on Christmas Eve with no tree. He didn’t cry. He was brave. She sat with him until he was asleep, and she did cry. Quietly, so as not to awaken her brother. She knew that Christmas was coming but more trouble would also be coming with it. The police would not let them live alone and there was nobody else. Eventually they’d come back and then she and Tommy might be separated. But that was to be worried about when they came back. With what little money she’d had the day before, stolen from her dad’s pockets before he passed out, she’d been to the Dollar Store and brought back some silly gifts for Tommy. The wrapping paper still lay on the floor of the dining room where she’d cut and taped some for the tiny packages. 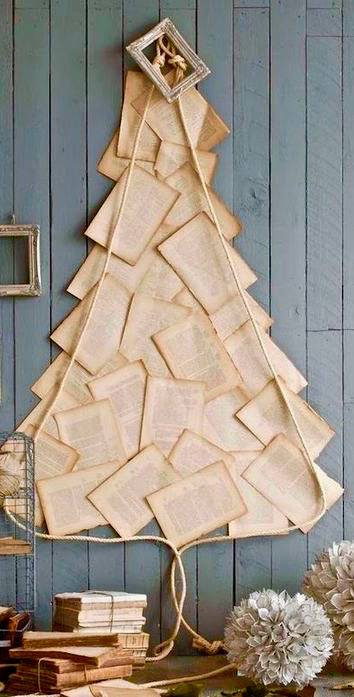 Christine got up and went to the dining room, wondering if it was worth it to clean up the mess from her wrapping work. She decided it was, as usual. She went to work, wiping away her tears and throwing herself into cleaning up the house in preparation for what might come next, and for Christmas. When she was about to pack away the wrapping paper she notice there were other unused rolls in the box. Suddenly, a thought occurred to her. She had paper, tape, ribbons, glue and scissors. She went to work.

She tried to work with the foil paper but nothing would stick right. Disappointed, she got up and went to check on her brother. The boy was sleeping as he’d been before. So relaxed and so unworried. Christine so wanted him to remain that way. She decided to give the paper another try. She went into the living room but the only paper there was an old book about the proverbs or something. She picked it up and examined the pages.
She went to work again, this time by carefully cutting the pages from the book and setting them aside. The living room wall was made of gray wood. She sized it up. The wall would do. She removed some picture frames and made a clean working space. She cut and pasted the pages before applying them to the wall to form the shape of a Christmas tree. It took her hours but, when she stood back, the paper pages resembled a Christmas tree, if you used a bit of your imagination. Her brother had a lot of imagination, Christine knew, but did he have enough?

After cleaning up as best she could Christine assembled the small gifts she’d gotten for Tommy and then went to bed herself. Tommy woke her while it was till dark to tell her that it was Christmas. Then he ran off to the living room. Christine tried to go back to sleep but the “Tommy noise” from the other room was just too great. She got up.

When she got to the living room Tommy was dancing around the base of Christine’s paper tree.

“Santa came and he brought me a special tree,” the boy was singing.

Tommy’s carrying on was infectious. She sat down and waited for him to join her. Slowly he opened each gift, unwrapping them one after another very carefully, to save the ribbon and paper for later use. His joy at finding a ball of rubber bands, a set of magic markers, a small pocket knife and a Christmas disk of music made Christine laugh with her own joy.

Tommy made her put the disk on the little player they had. The music played. Christine read the list of songs and waited for just the write moment. She went into the bedroom and pulled a bag from under her bed. When the music started to play the song she handed the special unwrapped gift to the little boy.

Tommy pulled the second hand tattered drum his sister had purchased from the Thrift Inn the day before. He sat down next to the disk player and began to play. “Just like the song,” he said, playing in terrible accompaniment.

“Yes, just like the song,” Christine replied, unable to contain her smile and then full throated laughing.

It was Christmas, and she and Tommy would face it, live it and love it together.