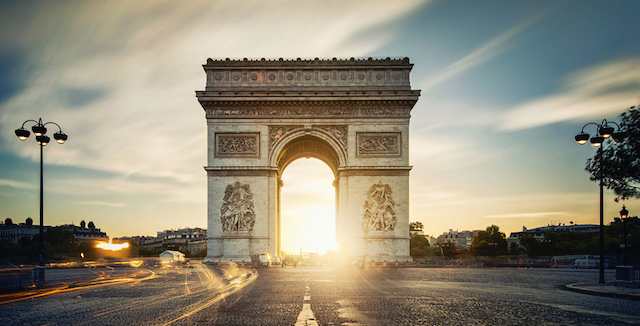 I hate Paris.
Oh, not the restaurants, the food vendors on the streets or the Louvre. Even the Eiffel Tower and the river are pretty terrific, when it’s not raining or foggy or any of that other French stuff.  No, I hate Paris because of how shitty the airport is, how lousy the cab driver’s treat you and how haughty the people act if you give them half a chance in any of the cities.  The country is fine.  The country anywhere is fine.  Rural people are rural, which is another word in my lexicon for real.

I was smoking again.  Benson and Hedges.  A product of Phillip Morris which had somehow become a Japanese company. They were expensive although not as much as some of those highly touted Indian cigarettes, and you couldn’t get them just anywhere. Virginia tobacco though. The best in the world. America. If you want something invented to kill people more effectively in any area then it’s America you call on, even for cigarettes. I know. I work for America. The trenches of dirty, traveling, ignominious below economy class world movement, eating and sleeping, are the real daily and nightly world of a CIA field agent. Add loneliness so deep that occasional calls to American operators at call centers back home are made just to hear the voices.

Only in Paris.  I’d walked through an unlocked door into an old alley, or what used to an alley.  The dank dark area had been bricked over some time way in the past.  There was nothing in the twenty by five food space except a glimmer of light through a crack in a painted over window.  Some head high vents protruded inches out into the space here and there.   I checked the door handle to make sure there was no lock on the other side.  None.  I stepped through and left the concourse, the airport and the world behind me.  Blessed silence.  I lit a Benson and Hedges, inhaled deeply and felt better than I had for weeks.  Screw the business, Paris and all the rest of it.

I got through half a cigarette, tapping the diminishing white tube against the old brick after every breath.  Thinking about nothing at all.

I was a hundred-dollar man wearing a thousand dollar Burberry Trench Coat, twenty grand worth of watch and shoes only God knew the cost of.

My opinion of myself would have been hard put to verify the hundred-dollar internal worth.  My blessed silence came to an end.  An exhaust fan filled the darkly dank space.  My private space.  I walked slowly from vent to find the culprit.  I found it.  The little weak fan sat just behind a thin louvered cover.  I looked around for something to stick in it when the fan started talking, or so it seemed.

“You have to try.  God says you have to try,” a small female child’s voice said through the van in a strident voice.

“I do?” I instantly thought, feeling like the voice was talking to me alone in my space.  I took a nervous puff of my B&H to get my senses back.

“You have to go out there and do something,” the little stirring voice said.  “Anything.  If you do that then something will happen.  Something right and good.”

I looked back at the door I’d come through.  What good thing could I possibly find on the other side of that door.  A failed career, laced with addictions, failed relationships and a job I only kept because I was too sickly successful to be replaced at.  And then my attention was jerked back to reality.

“I don’t know if I can do it anymore,” a woman’s deep came out of the fan.  “We don’t have anything. Not one dollar, one Euro or any way to get home. Everything we had left was in my purse.  We don’t even have passports.”

“Mom, we can’t stay in the bathroom,” the little voice replied, running on like an incessant metronome.  “We have to go out there. I prayed. God said something would happen, that He’d send someone.”

For some reason the little whirling fan shut off at the same instant I flicked my cigarette into a small puddle formed along the edge of the vent.  The hiss was audible.  Before I could move two eyes peered through the slits into my own.  Two small brown eyes of penetrating intensity.

“Mom, there’s someone out there,” the voice hissed in a forced whisper.

I quickly and silently walked to the door, opened it and slipped through back into the real world. The concourse was teeming with throngs of people, all on their way to or from flights or working to make those flights begin or end.  I disappeared down toward the center of DeGaulle Airport where the ticket counters were located. I stood in the center of a vast open area where tubes of people passed every way around me. I was already booked aboard a flight to D.C.  I looked up at the scrolling play of video directions and then turned to head toward my gate down another concourse.

I ran right into a tall elegantly dressed woman with long brown hair.  I backed off and excused myself before looking down at the child clutched close to her side.  The small child’s eyes and mine locked.

“Me?” I replied weakly, without thinking.  And then I knew who the woman was, and the child.  It could not be but there they were, right in front of me, the imagined creatures from my private alley space suddenly and vibrantly real.

The little girl nodded.  “He sent you.”

“Don’t pay attention to her.  Just go your way,” the woman said, trying to move away and back into the moving crowd that was giving them surprising space as it passed in every direction.

“Shit,” I breathed out, rolling my eyes.  “This way,” I said, acting on an impulse coming out of nowhere. 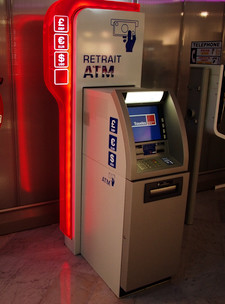 I walked over to a nearby wall and looked toward the airline counters.  A small alcove was indented into the wall just before the first counter space began.  I walked toward it.  Inside the indentation was an ATM.  I read the instructions.  The ATM would disburse Euros.  I didn’t turn around.  I didn’t know if the woman and child followed or not. I took out my CIA unlimited American Express and began punching in numbers.  The card, set for cash disbursement, would spew out four hundred Euro increments as long as I wanted to punch in numbers.  I waited through four runs.  Sixteen one hundred Euro notes.  I turned around.

And they were standing there.  The little girl stared up at me, as before, her deep brown eyes unblinking.  The mother stood next to her, obviously befuddled.  I knew the only reason the woman was there was because of her daughter and the fact that she had absolutely no place else to go.  I handed the cash to the little girl.

“This will get you home,” I said, wondering if I was supposed to say anything else.

The little girl took the money, using both of her small hands.  Her mother dragged her away, as suddenly the push of humanity returned and people bumped and hustled by on their way to unknown destinations.  I stood alone, my back to the concourse wall next to the ATM alcove.  After awhile I found my own concourse, gate and boarded my plane headed for Washington.

I strapped into my window seat half-way down the economy section of the 767.  “I hate Paris,” I breathed to myself, thinking about the idiocy of my own actions and the fact that I would soon arrive in the capital only to get another awful assignment to nowhere. I looked out the window. It was raining, of course.  I watched my canvas bag being loaded on the ramp, sopping wet.  “Of course,” I whispered, “I hate Paris.”

For the first time in weeks I began to smile.  I would have laughed out loud if there were not other people around. “Maybe Paris isn’t so bad,” I said to myself, wondering if the attractive woman and stunning child would recognize me later in the flight.