The Supreme Court.
Why the House of Representatives, resisting efforts to appoint anyone to fill the vacant U.S. Supreme Court role, has little to do with partisan politics. Say what? Everything is the opposite of what they are saying, as usual, in this never-ending fight for control of the Big Baboon Troop. There are three supposedly equal parts of American Government. They are the Executive, The Supreme Court and Congress. They’ve never been equal. In any area. The Congress is the only arm that raises and spends money. All money. That makes it defacto the most powerful.

Saying yes or no to what Congress does remains the greatest function of the other two parts, which is not nearly as powerful a role as raising and controlling the direction of money. Why would the Congress not seek to diminish the other two parts of government each and every time it can?

Well hell, there you have it. Watch House of Cards. The writers and advisors on that show had it right. Not one of the elected officials who go to Washington give one damn about the continuance, the comfort or the advance of American civilization. Baboon troops are not organized that way. It is about dominance and if you don’t think that is true than you cannot recognize a threatening thousand pound ape attempting to take over even when he grabs all the females between their legs to assure that he is the dominant leader and the other baboons make no big deal about it.

My comment at a lecture in 2009: “We are all shaved lemurs coming down from the trees to fight over the fruit fallen to the forest floor below, and to lie about fighting over it.” 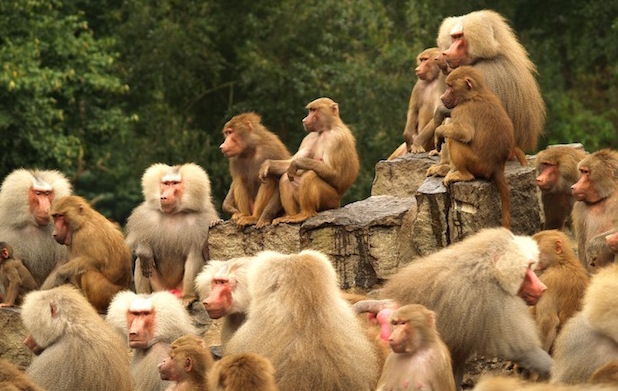