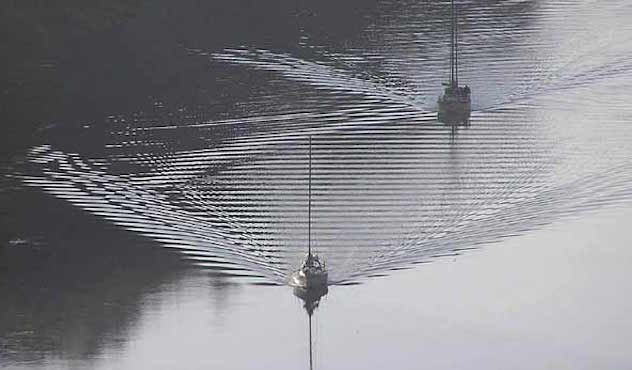 Sometimes interesting people are just at the next table in the Geneva Java Coffee Shop on Sunday morning.

This guy and his female friend (Cal Tech graduate in physics) talking about Larry Niven's first book about the Pak, a science fiction space opera tribe (The Protector is the book). He didn't remember the author's name so I supplied it and then engaged in a dialogue for a bit. He worked at Fermilab and in Los Alamos, both places I spent time in the old days. Not long into the conversation I talked about a particular office at Fermilab. He stopped me and asked is that the one on the sixth floor. I said, "no, it's the one in the basement." He thought for awhile and then said, "there are no offices in the basement at Fermilab, there are only labs."

I said, "I know, but I didn't want to establish or verify my credibility too quickly." He sat there confused. In fact, he's still sitting over there confused since only silence now crosses between our two tables. I no longer need to pass credibility tests I don't have to. I also know that I do not have the kind of personality that might allow me to have worked at Fermilab, Batavia or Los Alamos. To have a personality at all is to have little credibility in that area. Nevertheless, it was kind of neat to have two very intelligent humans nearby for some innocent chatter.

Now they are talking about wave wakes and how wave wakes remain constant in angle (the same as the sonic shock wave angle of a plane in supersonic flight) no matter what the speed. I know of this. Lord Kelvin back in the 1800's hypothesized about that. He and a guy named Froude, who's name I never learned to pronounce.

Anyway, and I won't be able to tell them this without experiencing a bit more rejection, that set of calculated theories was disproven by scientists at Georgia Tech in 2013. The wake angle behind a ship narrows almost imperceptibly with increased speed, just like Mach predicted about supersonic shock waves. Yeah, I collect meaningless bits of data here and there that generally only serve to get me into uncomfortable social situations. Maybe the couple (actually 'just friends') didn't like it when I told them that they were not normal.

She corrected me and said that there were indeed normal but maybe not typical. It's me who's not normal...........

The couple left. As they got up to go the guy turned toward my table with a strange smile and said "sure nice talking to you..."
and then departed.

The tone, the look, the lyrics...only omitting the word Dad.

I don't know their names and they'll never bother to remember mine. Sunday morning in Lake Geneva, Wisconsin, where the weather is growing colder inside and out....

Brought this song to heart:
Harry Chapin
Cat in the Cradle