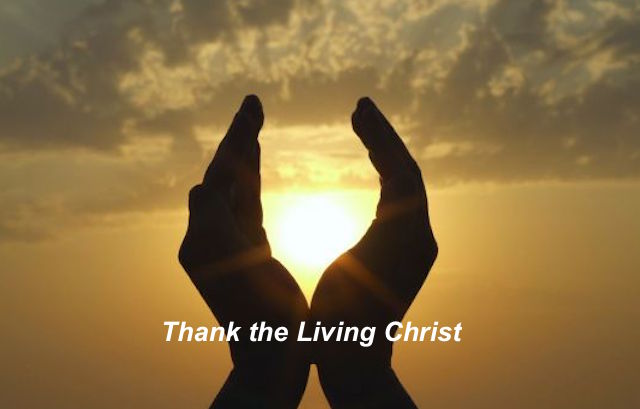 They hadn’t told me that I was going to make it yet, when my brother came by to visit on his way home. We’d been hit only two weeks apart. The telegram came to me about his injuries, dropped in by a supply chopper late in the day on a place called Ganoi Island in Vietnam. I was a Marine Corps second lieutenant company commander because all the other officers in the outfit had been lost to a friendly fragmentation grenade. I’d been lucky in being added to the unit the day after that unfortunate event took place.

I was hit by machine gun fire later that night, after getting the telegram, and evacuated to Da Nang early the next morning. My torso had been ‘stitched’ across the center but I’d lived. I was condition critical and prognosis ‘poor.’ My wife told me that information by letter the day my brother came to Yokosuka to visit. He’d been released from an Army hospital in Yokohama and was on his way back to the states. He was very happy to have made it. A booby trap had blown up his armored personnel carrier and the gasoline from the tank on the thing had burned his face. Mike had always had scars from adolescent pimple infections. The scars were gone. His face was now smooth and his other features unaffected. 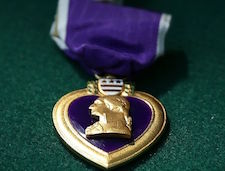 We celebrated the ‘good news’ combat can bring, and the ‘funny’ news. The funny news was that both of us only found out in the hospital that we didn’t have to be in combat together. All one of us would have had to do was opt out because of the Sullivan Act, keeping brothers from having to serve together in combat. We hadn’t known about the act and nobody told us until after. The ‘good news’ was that my scars would be hidden under shirts or coats. His scars made him look better. We both got Purple Hearts and a bunch of other medals and we were going home. There was plenty of good news. “Thank the living Christ,” was the expression Mike loved to repeat every time he talked about going home, which was just about all the time down in the underground and draped ICU room we spent our visiting time inside.

“Why that?” I asked him, over a chess game he was letting me win because I was loaded on Demerol.

“Why what,” he asked, sacrificing yet another major piece, which I gleefully grabbed and set shakily on the board next to his other lost pieces.

“The Christ thing?” I asked. We’d both come up Catholic, having attended all Catholic elementary schools, but both had agreed long ago that we weren’t really religious at all. In fact, only a day earlier I’d mentioned how relieved I’d been after being shot and laying in the mud, knowing I probably wouldn’t make it, that I didn’t believe in God so I didn’t have to worry about going to hell.

“Just an expression,” Mike replied, uncomfortably. So uncomfortably that I had to pursue the subject further.

“You didn’t?” I asked, stopping my play on the chess board in trepidation.

“What?” Mike replied. “Find religion? Because of what happened to me over there?”

“Yeah,” I said, already knowing and fearing the truth. 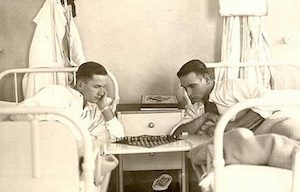 “Maybe a bit,” Mike went on. “Why not? I mean, if He got me through. All the other guys died. What about you? How many of your men lived?”

“You know,” I replied, very softly. I’d lost everybody the night I was hit. Eleven of us left and nine of the other ten were shot in the head.

“Well, He got us out when nobody else made it. Both of us. I’m flying home. Thank the living Christ,” Mike whispered.

I said nothing, making another brilliant move on the chess board instead.

Mike flew home the next day. The same day the doctors told me I’d live and be shipped home in the next few days myself.

Mike made it home, or at least back to the states. His Army plane crashed on arrival when he got there though and there were no survivors. I never saw his body but they gave me his completely crushed college ring and a quarter bent in half that had been in his pocket at the time. I was able to get out of bed and fly to Arlington for the burial. He’s there today in a small grave way off the beaten path. There’s a half bottle of Bacardi rum buried under the sod just to the right of his marker as you read it. I got drunk there the one time I visited many years ago.

We both drank Bacardi Light. I always promised to go back and finish the bottle but then quit drinking along the way. Maybe, like visiting the Vietnam War Memorial, maybe one time is enough though.

I joined the CIA and eventually got a “Q” clearance. High enough to get hold of my brother’s crash report, which had been classified due to supposed secret documents being aboard. When I finally was able to read the report I was astounded. There were no secret documents. The crash was classified because neither pilot of the aircraft had been checked out to fly that particular aircraft before and both had two missed approaches in their flight jackets. Back in those days a missed approach, one in which a pilot has to go around and try to land safely again, was seen as some sort of negative thing.

In a rainstorm, in a plane neither man had flown before and with two missed approaches recorded in their jackets, the pilot and co-pilot elected, upon discovering that they were too far down the runway to safely stop, elected to try the brakes and reversers anyway. Everyone died. I found out the ‘good news’ too. Because of that crash the military stopped putting missed approach information into pilot flight jackets. Pilots were, and are today, encouraged to make as many approaches as they feel necessary to get on the ground safely.

The final upshot of my Army Officer war hero brother, buried in Arlington cemetery story, is the listing on Google about his death, and the same listing about everyone else on board, including pilot, co-pilot and every passenger: “Booby Trap Connected Intentionally Self Inflicted.” The record is not changeable. The U.S. Army, the U.S. Government and the bureau that handles such information will not change any record like that, much less that one.

I wonder to this day about what Mike would have to say about that final insult. Would he have seen it as good news or funny news? I am willing to bet that he would not murmur: “Thank the living Christ” if he was alive.