THE CONTENTIOUS ASSHOLE OF OUR TIME 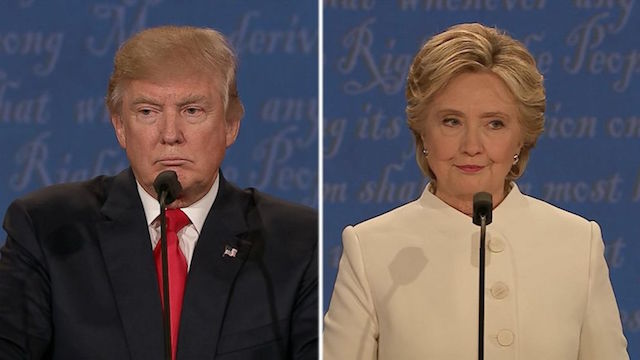 Well, the last debate is history. Hillary is a “nasty woman,” according to Trump, as his back of the school bus kind of low intellectual insults continued. The key feature of the entire get together, which was amazingly mostly about policy for the first time, ended up being Trump refusing to say he’d accept the results of the election. Our system, when it come to electing presidents, isn’t as bullet proof as many citizens think.

Without the losing candidate accepting defeat the whole process can be become a contentious mess that can go on for months. Gore could have made sure the country lacked a president for many months if he’d so chosen. It’s likely that Trump will be the first losing presidential candidate to actually toss the country into a leaderless mess. But this is what we have come to expect of this low brow, silver-spoon and gaping asshole named Trump.

As Keith Olbermann so accurately indicated in his #24 presentation: “You know this man. You’ve always known this man.” And he’s an awful man supported by some pretty awful people. You can’t fix stupid but stupid can sure hurt the hell out of you.

Get ready for some of that hurt to be coming to everyone’s way soon.